Skip to content
Home > Learning to ride > 6 weeks after taking a Lee Likes Bikes clinic, what have I learned? 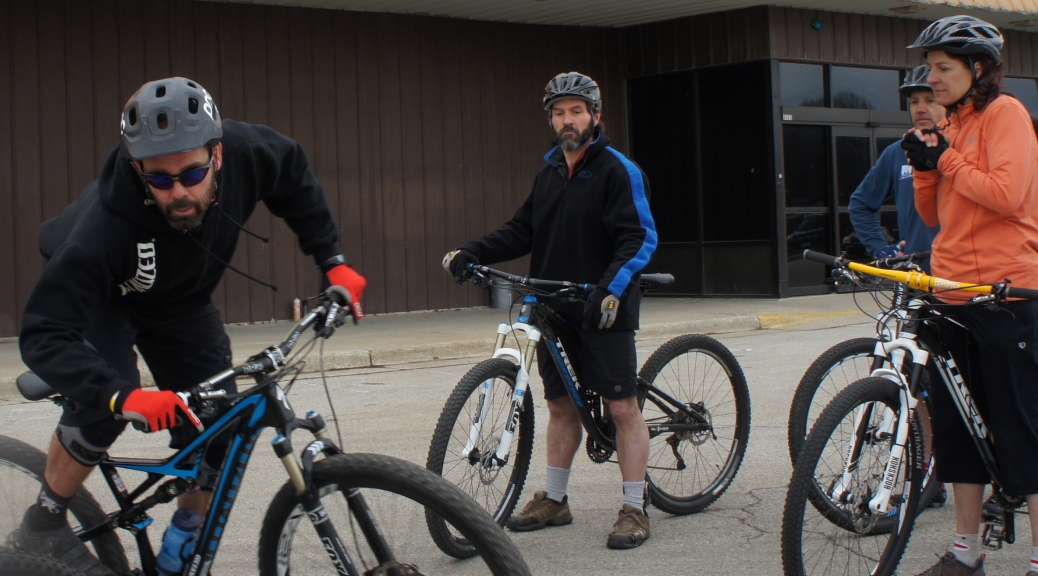 6 weeks after taking a Lee Likes Bikes clinic, what have I learned?

I attended a Lee Likes Bikes one-day skills clinic in Wisconsin back in April.  (See the page on his site with more detailed information about his one-day clinics.) The clinic was scheduled to be held at Capital Off Road Pathfinder’s (CORP) CamRock trail system in Cambridge, WI but heavy rains forced a change of venue to Ray’s Indoor Bike Park in Milwaukee which I think worked out well for us taking the clinic.

First, Lee paid Ray’s daily admission fee for each of us, so that was cool.  Second, by not having to ride a trail to get to sections appropriate for teaching, I think Lee was able to pack in more instruction in the same amount of time.  And lastly, Ray’s has two pump tracks and many different sizes of table tops; CamRock doesn’t. I definitely needed work on those skills so that was good for me .  He’d never been to Ray’s and I think he was pleased with how it turned out. I wouldn’t be surprised to see him offering a series of clinics at Ray’s next season.

Since it’s been over a month since I took the clinic, I wanted to focus on a few specific things I learned there and have been working on since.

In the morning parking lot session, we spent a fair amount of time on body position. Like many riders, I rarely get into the full ‘attack’ position even if I think I am. (Self-recorded videos have made that apparent.) So Lee suggested that we experiment with a range: neutral/upright, medium, low, and very low.

This clicked with me and has stayed with me since. It’s heightened my awareness and made me more likely to change my position based on the upcoming terrain, whereas before, I seemed to operate with an on/off mentality. This isn’t too challenging so I don’t really need the attack position, do I? seemed to be my unconscious thought process.  I also seemed to have the limited idea that an attack position was all about a readiness for springing into action. And while that’s true, Lee’s emphasis seemed to be that it A) allows for much wider range of hip, arm, and leg motion; and B) lowers your center of gravity.

So I’ve noticed since that I’m riding with a greater feeling of stability since I’m lower more often, especially when I’m trying to go faster over challenging terrain.  More stability means less scary and more confidence.  I’ve also noticed that the greater range of movement that comes from a lower position has made me feel more playful on the bike. I’m pushing, pulling, leaning, twisting, hopping a lot more.  The terrain seems more alive to me.  I’m taking more advantage of what it has to offer.

Lee noticed in some of the parking lot drills that I often had far too much head movement and random body movement and not enough bike movement.  “Be more tidy” is how he put it to me. Now ‘tidy’ is not a word that I’d ever think would relate to mountain biking skills but for me it seemed to work that day and since, primarily in two areas. I went back and looked at some of my selfie videos of me pumping flat terrain and riding skinnies and saw how my body was often unnecessarily “all over the place” as Lee put it.  More bike movement while keeping a more steady head has improved my pumping flat terrain.  And a steady head has helped to improve my overall stability on skinnies. So yeah, ‘tidy.’ Who’da thunk?

After we spent quite a bit of time on Ray’s pump track, Lee had us ride over a rock/log pile adjacent to it. This obstacle was small enough to be boring to me when I rode it a year ago so I was surprised when Lee immediately noticed that I was riding it “like a trials rider.” As a former mototrials rider, I was a little offended.  Why would that be bad? I wondered. I learned that my rocking back

motion to lighten the front wheel wasn’t necessary, since a wheelie wasn’t needed to get the front wheel over the pile. I just needed to unload/unweight as I rode up the frontside which had the distinct advantage of setting me up to push down (pump) the backside which I couldn’t do if I rode it trials style. Since then, I’ve started looking at every ‘pile’ I encounter on a trail to see if I can pump it, not just get over it.

There was much more to the clinic, of course.  Lee has a system that he summarizes on his Skills Clinic page:

I have designed a sequential curriculum to teach bike-handling skills. Imagine a “skills tree” that contains every possible riding skill. Body position is at the base of the tree; rolling over a curb is low in the tree; jumping into a berm is high in the tree. We will start at the bottom and work our way up.

All I’m able to understand at this stage in my development are the specific skills, which leaves out any explanation of the systemic approach.  So from that perspective, this blog post is more than a little flawed from the get-go.  I’m hoping that Lee publishes something on his blog or maybe in another book that helps me get ‘the system’ through my thick skull. 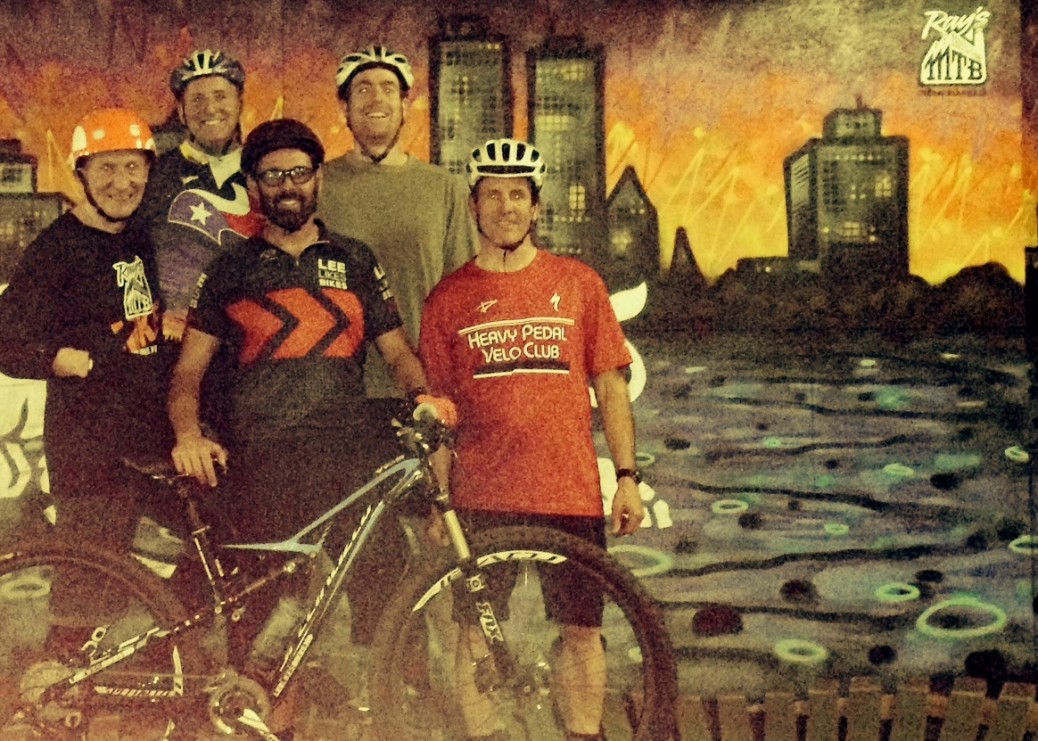