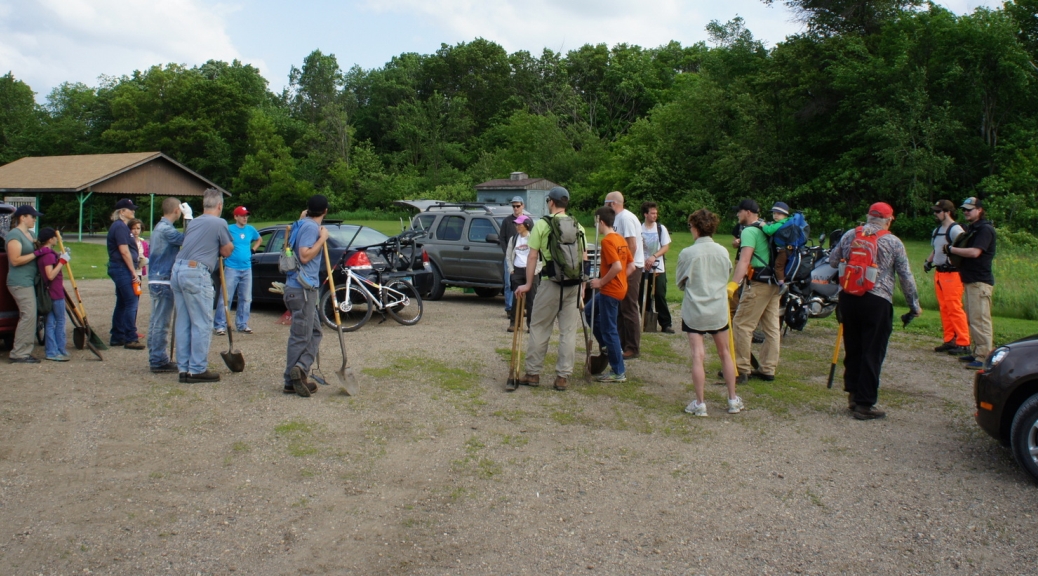 Over three dozen trail workers (including 15+ kids) showed up at Rice County’s Caron Park on Saturday (National Trails Day) to work on the first segment of a CROCT mountain bike trail there (I’m a board member). The weather was gorgeous and the bugs were non-existent. Under the direction of trail steward and CROCT board prez Marty Larson, the crew worked from 9 am to noon.

We don’t yet know the mileage on the new intermediate-level segment that we’re currently calling Loop 1, but it’s significant and it’s going to be a blast to ride. (If you stay connected via the CROCT Facebook page, Twitter feed, email newsletter, or Google Group discussion list we’ll alert you when the trail officially is open to ride.)

After lunch, we raffled off some swag donated by Milltown Cycles to CROCT members in attendance. John Ebling and Kevin Keane won helmets and Jeff Kreis won a jersey. Four others got 3-packs of cycling socks:

As part of our spring membership drive, all 65+ CROCT members were eligible for the six $75 gift certificates from the three Rice County bike shops: FIT To Be TRI’d, Mike’s Bikes, and Milltown Cycles. 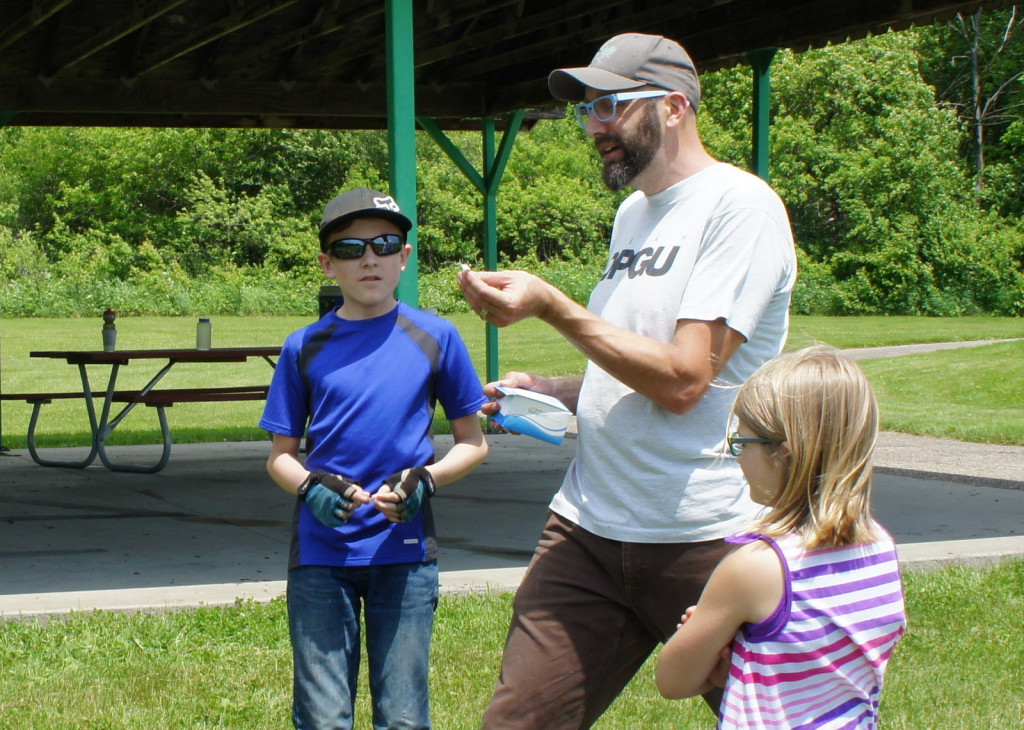 It was especially fitting that Sue Benson was a winner and present with her granddaughter. Her family on her father’s side owned the land that became Caron Park. 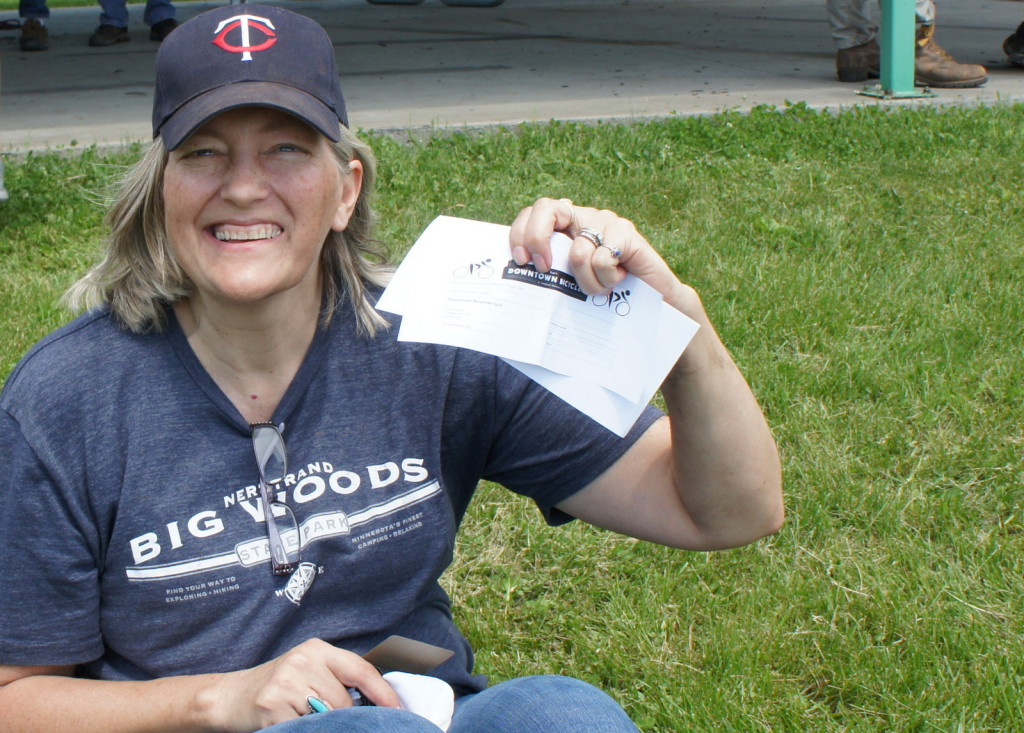 (More photos at the bottom of my original CROCT blog post here.)

The 2015 CROCT spring membership drive was very successful. We more than tripled our membership and they’re still coming in.  We’re just a couple shy of 70, making us one of the larger IMBA chapters in Minnesota.

Several members joined or renewed at the $100 level. One new member joined at the $500 level. And one of our Founding Supporters donated $250 that was matched by his employer. We used $450 of that combo donation to buy the six $75 raffle tickets at the three Rice County bike shops. That really helped our membership drive in the final week.