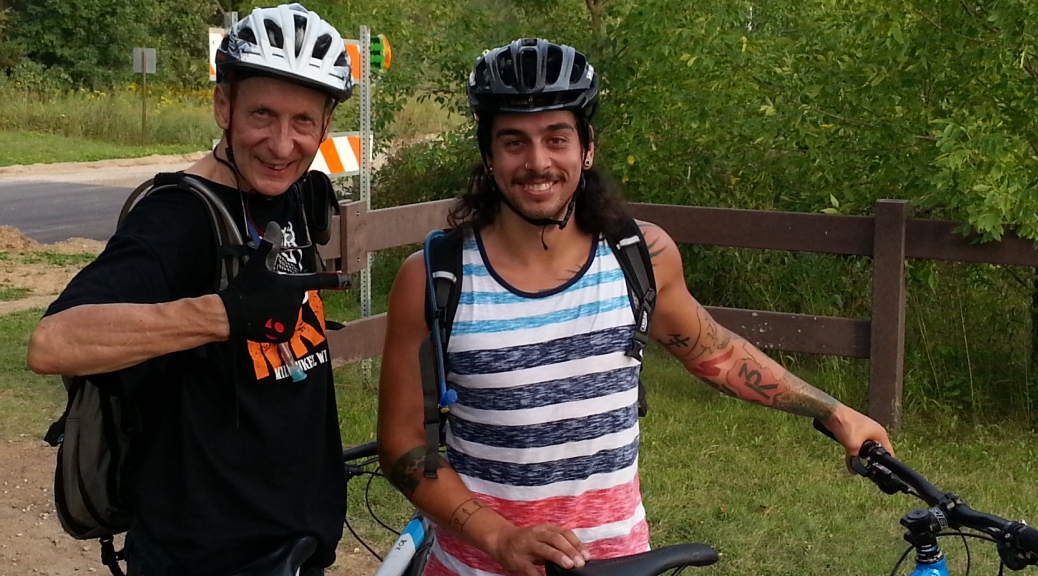 In the past month or so, I’ve managed to go riding with guys 25-40 years younger than me. Yeah, that’s a bit of bragging as they’re all very good riders and I’m able to more or less keep up with them, which makes me feel younger.

But putting that ego stuff aside, it’s one of the things I really like about mountain biking as a geezer:  I get to meet and participate in a recreational activity with a younger crowd that I don’t normally have much contact with.

July 27:  With John Gaddo, sessioning in the skills park at Lebanon Hills: 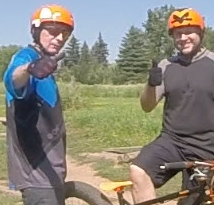 Aug 17: With Chris Knight, sessioning the technical stuff in the XX loops at Lebanon Hills: 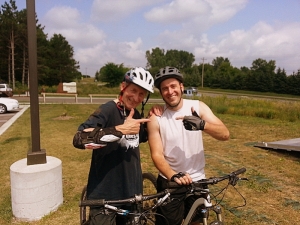 Aug 19: With David Starrs, sessioning the technical stuff in the XX loops at Lebanon Hills 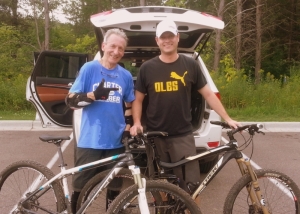 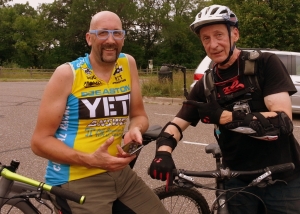 Aug 26: With Miguel Masberg, doing a fast loop with some sessioning at Murphy-Hanrehan: 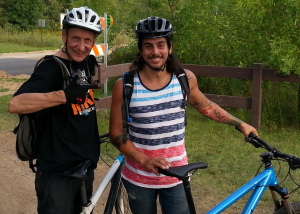 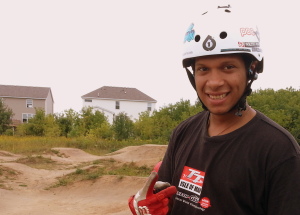 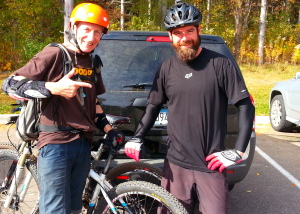 October 21: With Michael Guinee sessioning the skinnies and trails at Carver Lake Park: 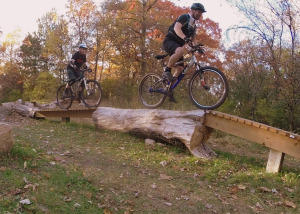 My 50-second video of Michael:

Michael’s 4-minute video of us: