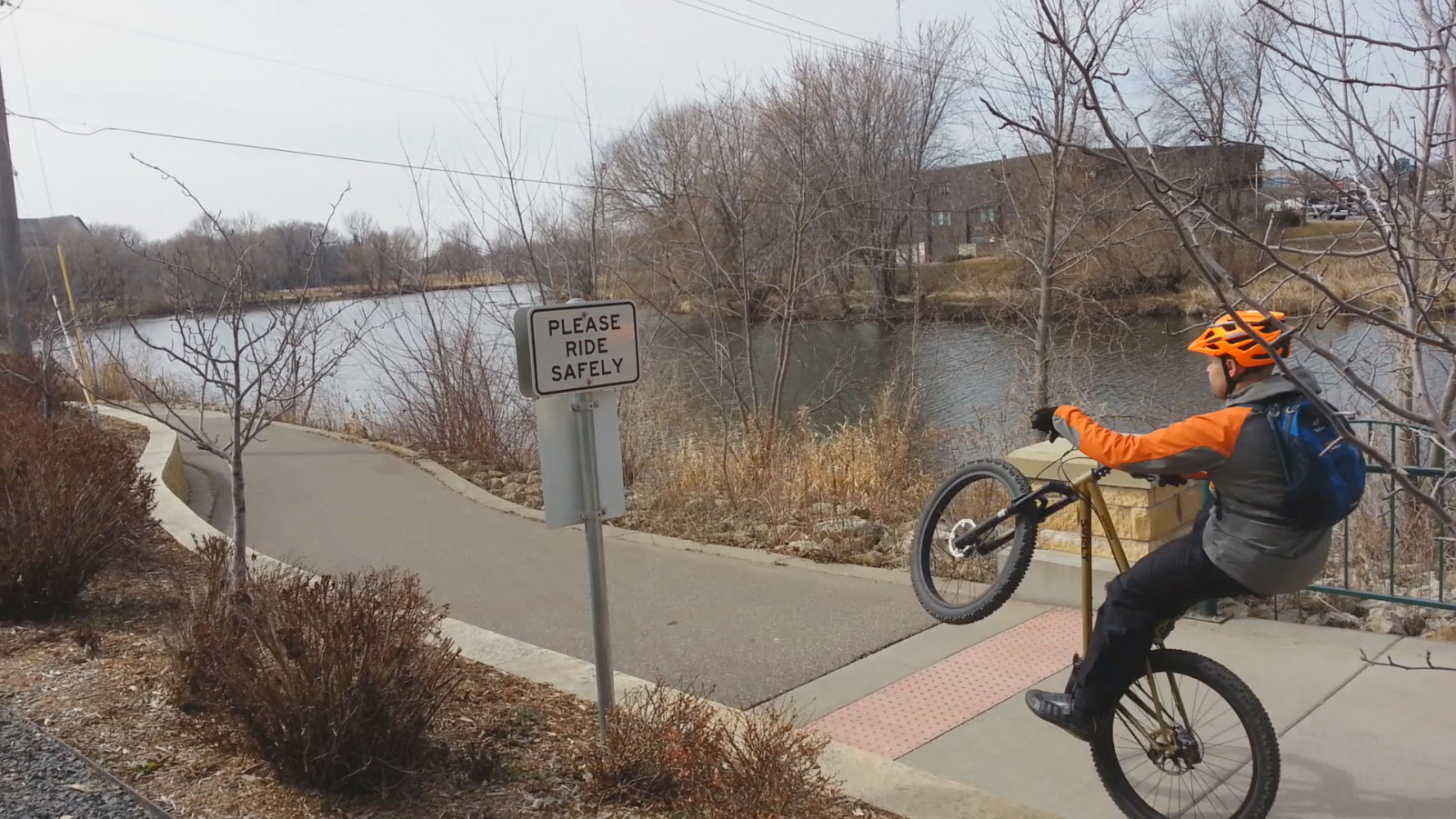 El Gato returns to his Northfield roots, draws the heat

The day I rediscovered mountain biking also happened to be the day I met John Gaddo (AKA ‘El Gato’). It was the grand opening weekend of the Cuyuna Lakes Mountain Bike Trails back in June of 2011 and he was chauffeuring Hans “No way” Rey around, one of his many duties as a QBP staffer. I happened to be at a Crosby, MN pub when he and Hans came in for beers and dinner with Gary Sjoquist, Advocacy Director for QBP and Jeff Verink, sales rep with GT Bicycles. John told me he grew up in my hometown of Northfield, was into bicycle trials, and we’ve been colleagues ever since. 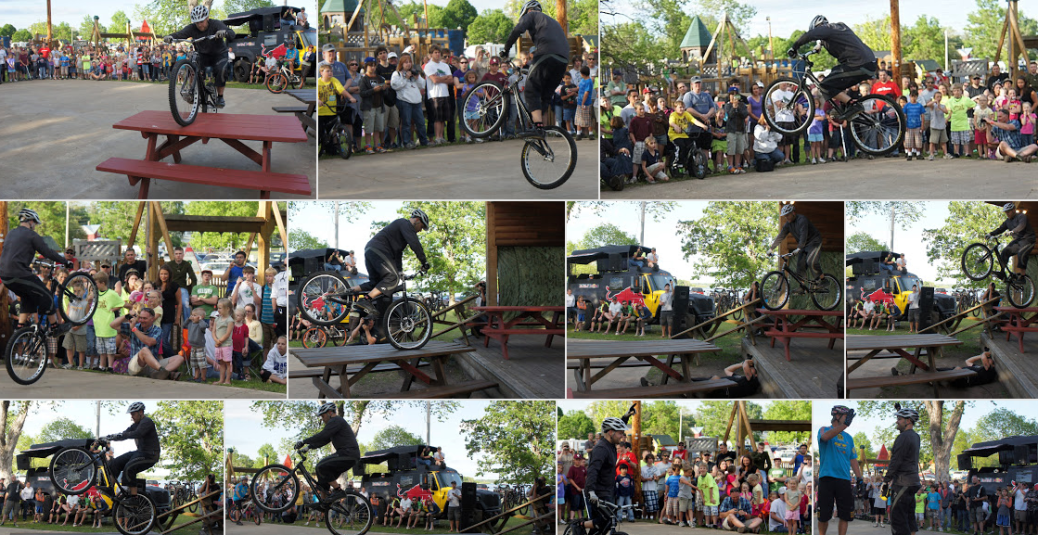 So when John got a new Surly Instigator a couple weeks ago, he was eager to return to his hometown of Northfield MN where he honed his urban trials skills as a kid and ride some of technical features along CROCT’s new Sechler Park MTB trail. Last Friday, it was my turn to do the chauffeuring. 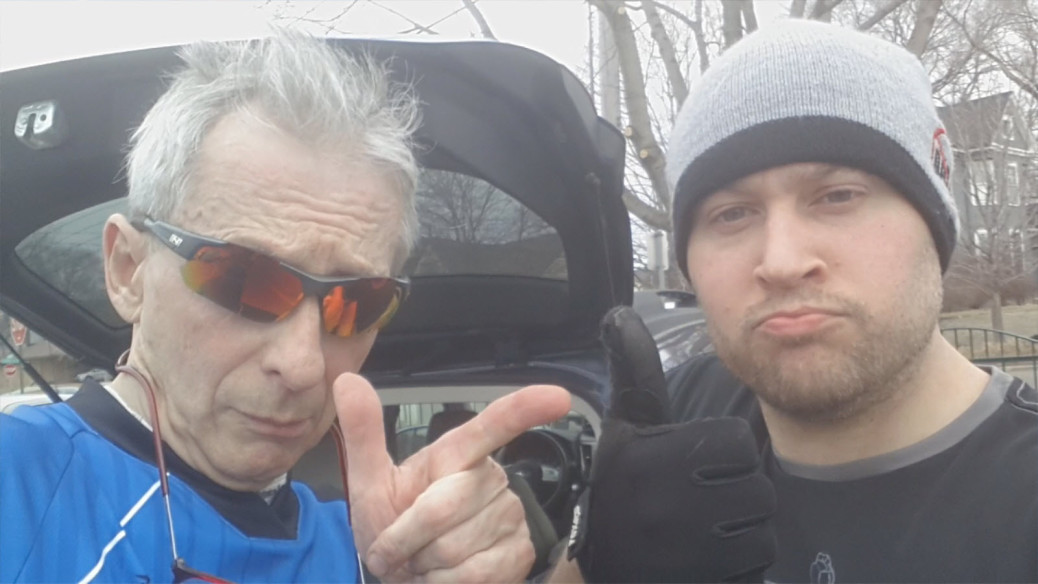 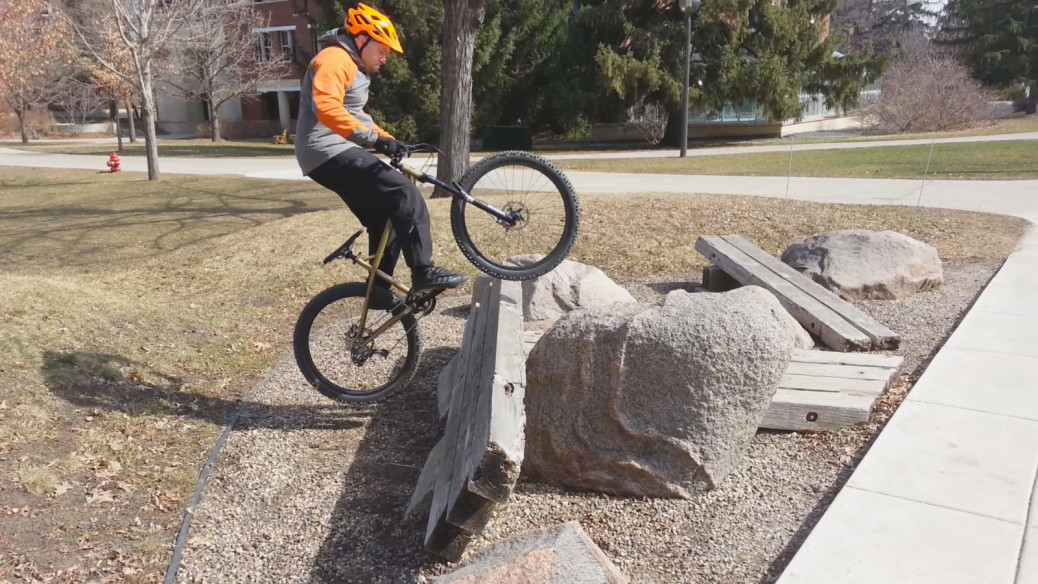 Three videos and 39 photos tell the story best. Yes, there is a hoosegow element.

Video 1: Riding some of the technical features along CROCT’s Sechler Park MTB trail

Video 2: On the paved trail through Riverside Park in downtown Northfield