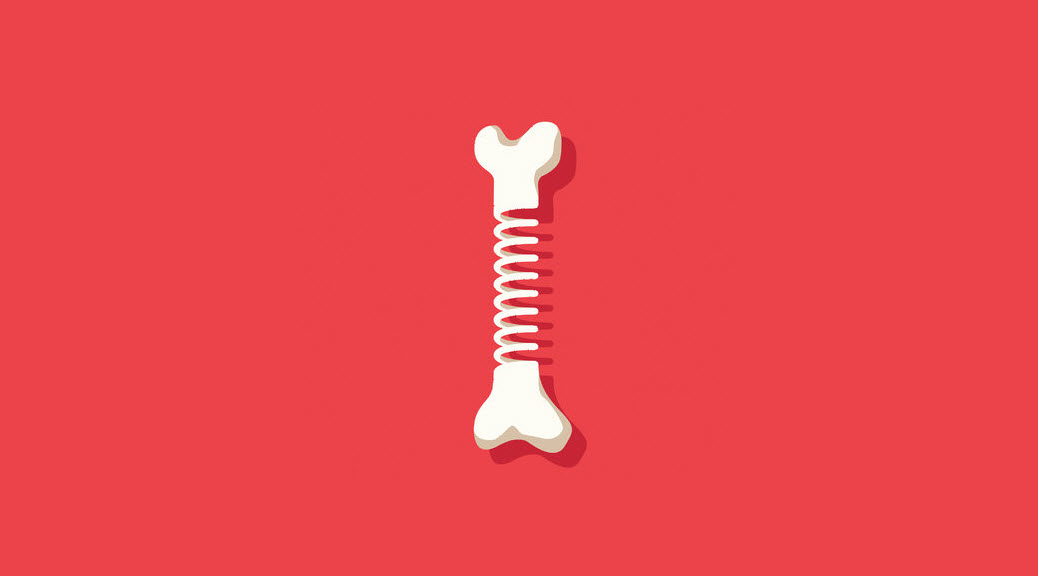 I’ve never paid any attention to high-impact vs. low-impact exercise, as I’ve been fortunate to be able to pursue whatever interested me. But an article by Gretchen Reynolds (@GretchenReynold)  in last week’s NY Times Magazine titled Why High-Impact Exercise Is Good for Your Bones caught my eye. An excerpt:

Bones should be jarred, for their own good. Past experiments have definitively established that subjecting bones to abrupt stress prompts them to add mass or at least reduces their loss of mass as people age. What has been in dispute, however, is how much force is needed to stimulate bone — and how to apply that force in daily life… Alas, a kind of Catch-22 confronts older individuals who have not been engaging in high-impact exercise: Their bodies and bones may not be capable of handling the types of activity most likely to improve bone health.

Since I’m an ‘older individual’ (AKA a geezer), I thought I’d dig a bit deeper to see whether mountain biking provided high-impact benefits.

If you Google phrases like ‘bone loss’ or ‘bone mass’ or ‘bone density’ with the word ‘cycling,’ it’s stunning to see the number of articles (examples here and here) and related research on the negative bone health consequences among avid road cyclists who don’t do other forms of weight-bearing exercise.

But a couple of the articles (including a Feb. 2013 Q & A in Outside Magazine Online by Erin Beresini (@eberesini) titled Is Biking Bad for My Bones? I’ve read that road cycling is bad for your bones, but how does mountain biking stack up?) cited a research article titled Bone mineral density of competitive male mountain and road cyclists that appeared in the January 2002 issue of Bone (journal of the International Bone and Mineral Society, Volume 30, Issue 1 , Pages 281-286).  I don’t yet have access to the full article — a doctoral dissertation by Sally (Sarah) Warner — but here’s the Abstract (the bold text is mine):

The purpose of this study was to compare the bone mineral density (BMD) of two types of trained male cyclists (n = 30) with recreationally active men (n = 15), aged 20–40 years. Sixteen of the cyclists regularly trained for, and competed in, cross-country mountain bike races. The other 14 cyclists trained and raced on the road. The cyclists had trained an average of 11 ± 3 hours per week for 8 ± 4 years. Fifteen recreationally active men volunteered as controls. Dual-energy X-ray absorptiometry (DXA) was used to assess BMD of the proximal femur, lumbar spine, and total body. Anthropometric, muscle strength and power, aerobic fitness, and sex hormone data assessments were conducted on all participants. Mountain cyclists were younger and weighed less than road cyclists and controls. BMD at all sites was comparable among the three groups (p > 0.05).

When adjusted for body weight and controlled for age, BMD was significantly higher at all sites in the mountain cyclists compared with the road cyclists and controls. Some anthropometric, physical fitness, and sex steroid variables were predictive of BMD, but of these variables, only total body weight, total body fat, and aerobic fitness were different between the groups. In conclusion, endurance road cycling does not appear to be any more beneficial to bone health than recreational activity in apparently healthy men of normal bone mass. Higher BMD in the mountain cyclists suggests that mountain cycling may provide an osteogenic stimulus that is not inherent to road cycling.

What is it about mountain biking that appears to be beneficial to bone density?

Erin Beresini (@eberesini), the author of the Outside Magazine Online Q&A, apparently had access to the full research article, as she wrote:

… the off-roaders had significantly higher bone density in their entire bodies than road cyclists, likely because the vibrations endured while mountain biking stimulate bone growth.

This may be due to the need to dismount and run with, and perhaps even carry, the bike over challenging sections on the course.

If you read some of the comments attached to the NY Times Magazine article, the complaints are about the Catch-22, ie, the problem of high-impact exercises on joints for seniors. For example:

By the same logic, jogging on concrete and asphaltic pavements should be good for your bones. But there is the adverse affect on the ankle and knee joints. I would question the wisdom of senior citizens, like me, jumping up and down in the gravity exercises referenced in the article. There maybe better lifestyle factors for improving bone density, while preserving bone loss through absorption of calcium as our bodies age.

It would seem that mountain biking for seniors would generally be less problematic for knee and ankle joints while at the same time providing enough overall body jarring to stimulate bone density benefits.  That’s my story and I’m sticking to it.