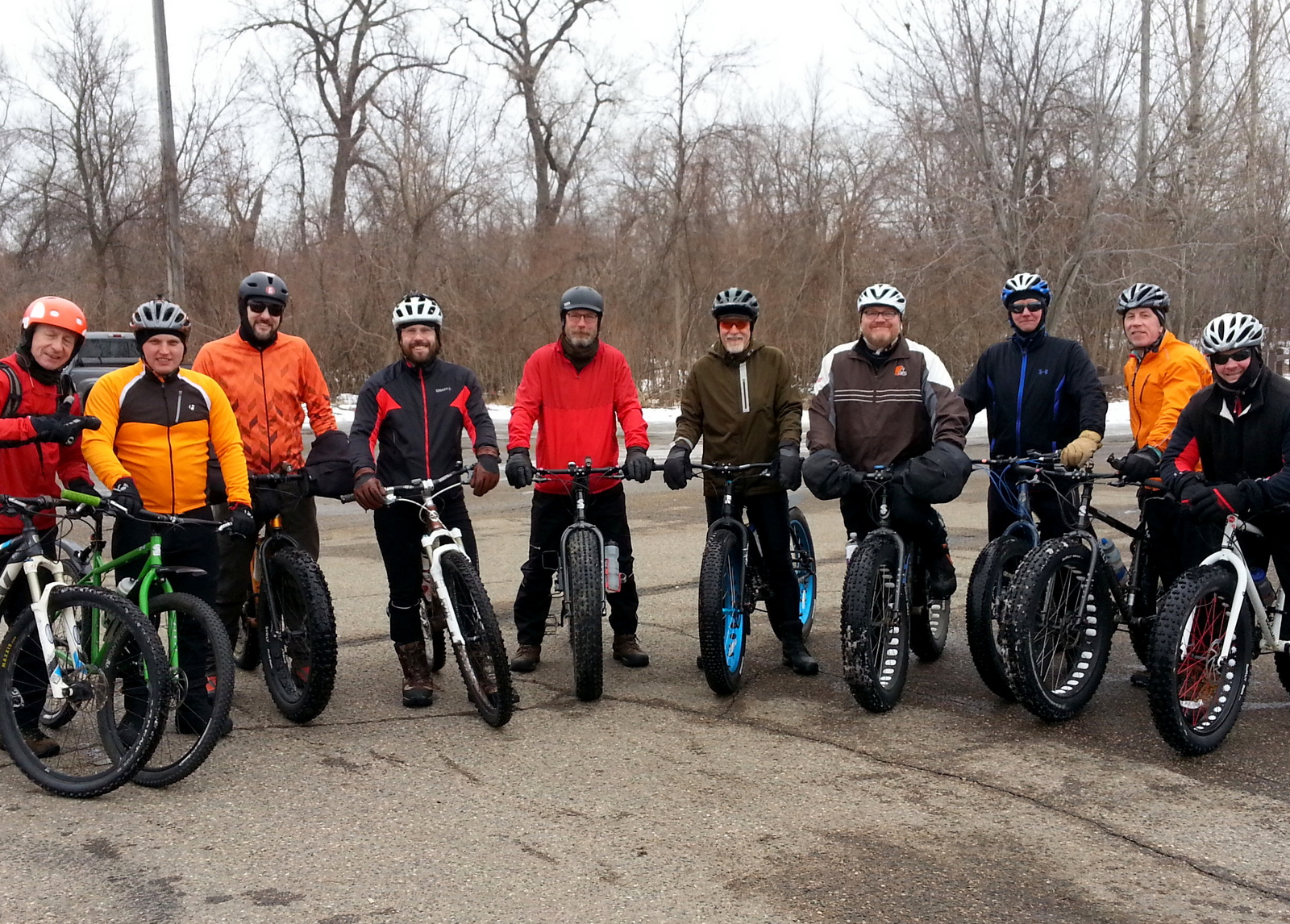 We took our time, stopping several times for socializing and a little exploring on the railroad swing bridge.

There was one mechanical, a broken chain. But one group member had a chain tool and Curtis Ness, CROCT board secretary and manager of Milltown Cycles in Faribault, did the trail-side repairs. Whew!

There wasn’t much snow, and with temps in the low-to-mid 30s, the trail was a bit sloppy in places. The camaraderie, however, was first-rate.

It was my first-ever experience as an informal group ride leader. I only led the group astray once.  I probably will do it again if they let me. 😉