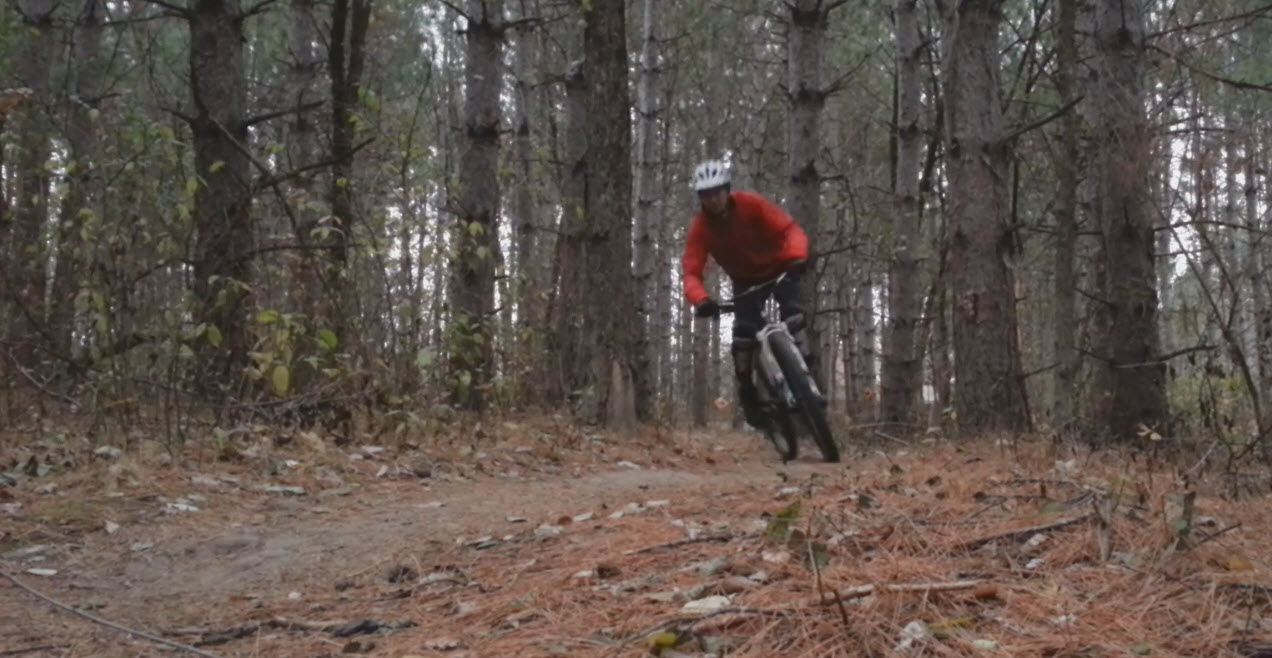 I blogged a little bit about cornering back in August when I started  learning how to pump a flat surface. Practicing pumping flat ground has helped me make some progress in my cornering ability, as you’ll see in the video of  me below riding at Lebanon Hills a month ago or so.

Two of the how-to videos I linked to in that post also had segments about cornering technique, and the one called Hip Flexion by MTB coach Simon Lawton (free Fluidride videos here) recommends a slightly different technique for a berm turn vs a flatland or off-camber turn.

It’s not too observable the video of me below but I’m just starting to experience the pumping/accelerating motion coming out the turns in the berms.  More noticeable is my ability to lean the bike while aiming my upper body in the direction of the turn, which is why I superimposed a photo of Lee McCormack (Lee Likes Bikes) over a still from the video.  A closer look reveals my tendency (a habit from my mototrials background) to stick my outside knee out instead of keeping it tucked  in which would make it easier to rotate my torso more.   (“Screw yourself!” is the coaching phrase.) Keeping my eyes ahead through a turn is also not yet an ingrained habit. 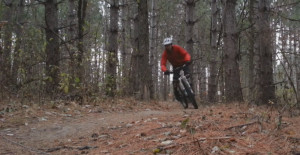 My hip flexion technique is somewhat noticeable in the section of the video where I’m weaving through the trees on flat turns.  It’s pretty amazing how much more stable and in control I feel when I do that properly.  And that adds up to more speed and more fun.

Update 12/17: In the comments attached to this blog post, we’ve been discussing pedal position when cornering. For more about this, see Simon Lawton’s Cornering Essentials/Dynamic Footwork video.