Advocating for mountain biking to be part of Northfield’s new Meadows Park: Part 2 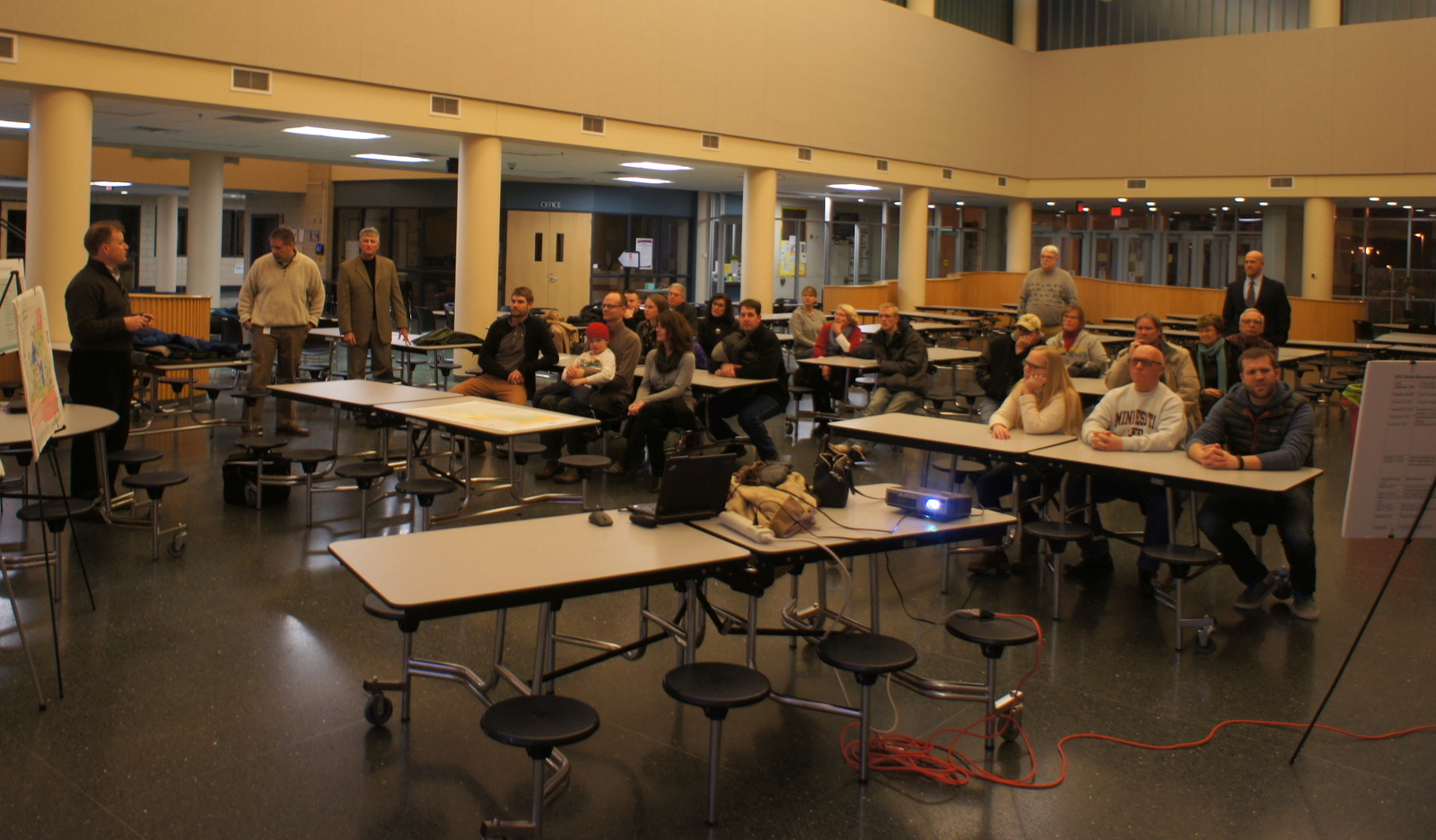 Advocating for mountain biking to be part of Northfield’s new Meadows Park: Part 2

CROCT member Dave Berglund and I attended the second Meadows Park community planning on Wednesday night at the Northfield Middle School. (For background, see my blog post on the first meeting back in November.) 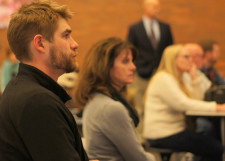 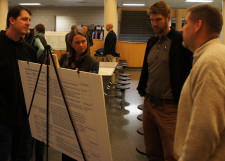 The good news: All three of the proposed concept plans presented by the consultants would accommodate a mountain bike trail around the perimeter of the park:

END_OF_DOCUMENT_TOKEN_TO_BE_REPLACED 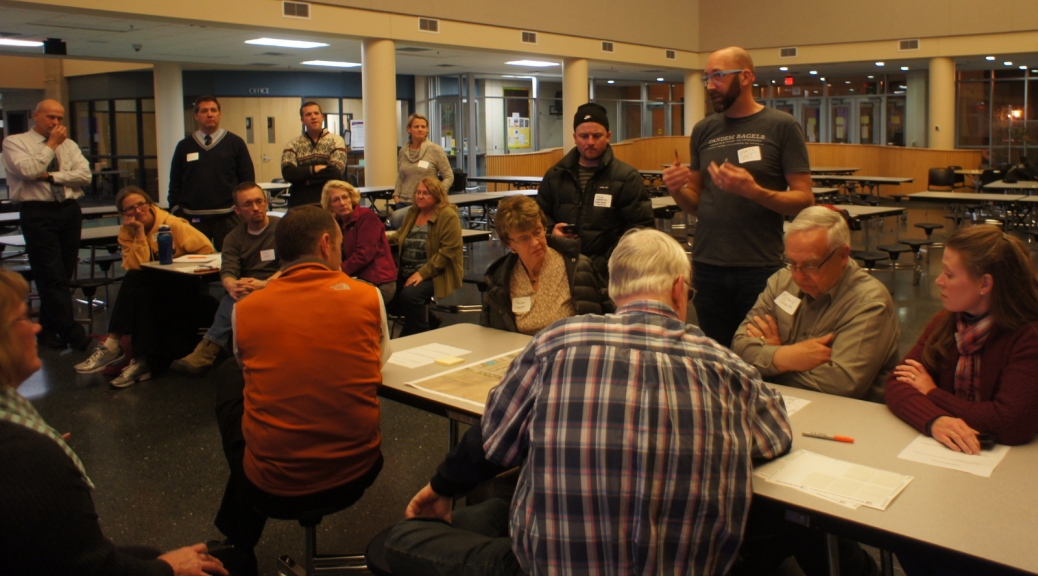 Back in the summer of 2013, I blogged about the mountain biking-related possibilities for Northfield’s new Meadows Park. So it was pretty cool to attend the City of Northfield‘s Meadows Park community planning meeting at the Northfield Middle School on Wednesday night and have mountain biking be mentioned by the consultants (Paul Miller Design and SRF Consulting) as one of the possibilities under consideration.

Even better, there was some support for it from citizens at the small group discussions, helped along by participation from fellow Cannon River Offroad Cycling & Trails (CROCT) members Marty Larson and Scott Klein.

END_OF_DOCUMENT_TOKEN_TO_BE_REPLACED

My home town of Northfield has acquired the Fargaze Meadows subdivision for a future park but it comes with an eyesore: a huge mound of dirt. In the May 28 Faribault Daily News: Northfield gains 40 acres from Rice County for parks and trails:

But converting the land will neither easy nor cheap. A giant mound of dirt lies on the north part of the land, which not only makes for a poor view, but also causes a lot of problems for the homes in the neighborhood. County engineer Dennis Luebbe estimated it could cost up to $280,000 just to move the dirt.

Back in May after a downtown parking management meeting, I was chatting with Ward 2 Councilor David DeLong about my mountain biking adventures and mentioned to him that many municipalities are building bike parks (pump and jump parks) as an amenity for their citizens of all ages. As I’ve noted here on my blog, Eagan has one that I regularly use (left photo), Maple Plain has one, and Cottage Grove starting building a big one this week.  Others are in the works for Duluth, Maple Grove, and Cuyuna and probably many more. When Dave learned about the cost of removing the big dirt mound at Fargaze, he emailed me, wondering whether some of that dirt could be used for a bike park. I replied:

The type of dirt used to build the features for these parks matters, as the jumps, berms and rollers deteriorate quickly if it’s not hard-pack dirt.  I’m guessing that mound of dirt at Fargaze is black dirt.

Griff, I don’t know what the dirt is but I think there must be more than black dirt. If it was most likely there would have been greater erosion. Amateur opinion. The quietness and growing popularity [of bike parks] along with the age range of participation does intrigue me. Thanks for the links and following up.

Last night while riding my around-town bike in the area, I decided to take a closer look.  I was shocked to not see black dirt. So today I went back, took photos, and dug (heh) a little deeper. It appears that Councilor DeLong’s amateur opinion was correct.

The mound of dirt looking west, south, and north. Far right: looking north from atop the mound.

Left: My markup of the Google Earth view of the Fargaze parcel. Right: satellite view of the neighborhood with the pond and the mound.

Primary access to the dirt mound is at the corner of Ford St E and Brogan Dr. (left). Once on top, it appears that the mound is big enough to locate a significant portion of a bike park on top of it.  The dirt could easily be moved to build the bike park adjacent to / south of where the mound is. Or both.

As for the type of dirt needed for a bike park, I contacted Chance Glasford who’s working on the bike park in Cottage Grove and he wrote to me:

You want to be able to make a dirt ball, like a snow ball out of it. If it holds together, maybe bounce it a little to see how it holds up. If it does, that’s good. Also look for that reddish brown color. That is mineral soil.

I scraped some some dirt from the side of the dirt cut, brought it home, mixed it with some water and made a ball. It split apart when I dropped it from a height of about a foot so it may not be perfect.  I put it in the sun and it was baked into a hard rock by day’s end. So it’s definitely promising and probably worth the money to have a company drill soil samples of the dirt mound.

I’ve begun having conversations about all this with Nathan Knutson, Chair of the Norrthfield Park & Recreation Advisory Board, Northfield City Administrator Tim Madigan, and Joe Stapf and Jaspar Kruggel from the Northfield Public Works Department.

The photos above are from a profile of a bike park in the city of Eagle, Idaho that was built by a company called Alpine Bike Parks. It has some similarities to the location and height of the Fargaze dirt mound here in Northfield:

Once the community was ready to develop the park, they reached out to Alpine Bike Parks to develop the full-service public bike park facility. Mechanized construction included slopestyle downhill trails, skills development areas, and competitive mountain cross and dual slalom courses. These trails raised the public profile of the project and assisted in developing capital for future project phases, including additional skills areas, and competitive BMX and mountain bike race courses.

I’ll update this story as it develops by attaching comments to this blog post.