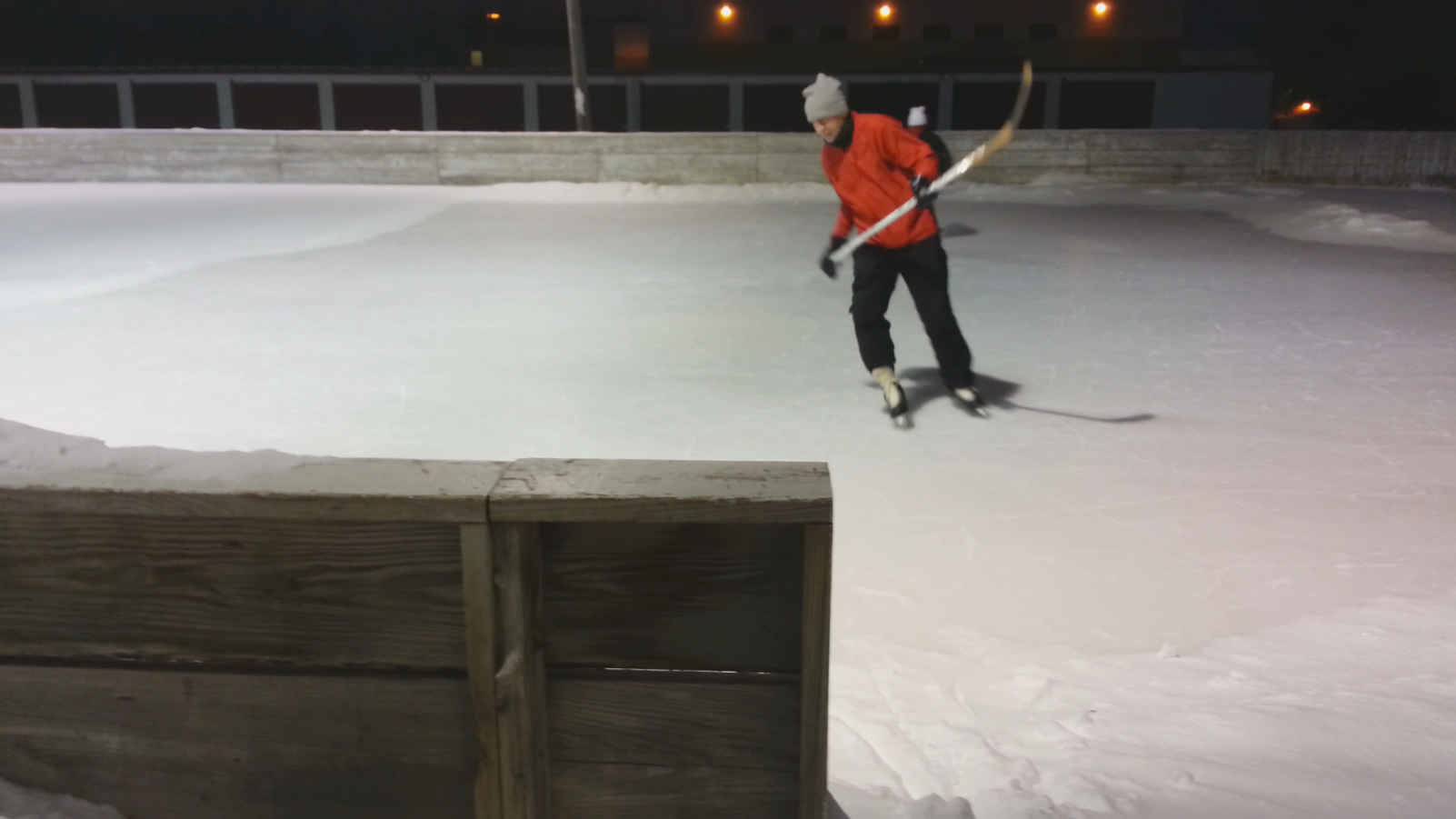 I’ve not played hockey in a couple of decades or more but a conversation with fellow Northfielders Corey Butler (@CoreyButlerJr) and Brenton Balvin (@BrentonBalvin) after last week’s NCO annual meeting convinced me that I should get back into it and join them.

I got my old hockey skates sharpened on Friday and instead of going someplace to ride my mountain bike this afternoon (zero degrees and very windy), I decided to head to the outdoor hockey rink next to the Northfield Ice Arena because it has a warming house. A couple of hearty 12 year-olds (Christopher and Jake) were there so I felt right at home.

END_OF_DOCUMENT_TOKEN_TO_BE_REPLACED

I got feedback from Chance Glasford and Jed Olson on my pumping flat ground video that I posted yesterday. Their main advice: learn on my 24-inch Scott Voltage dirt jump mountain bike, not my 29’er. The large wheels make it too difficult.

So last night I took it out and within 5 minutes, I could feel the difference. And in about 15 minutes, I was ecstatic.  The bike was responsive and it seemed like I was ripping around. I took some video but when I watched it, I was surprised at A) how far from the correct attack position I was; and B) how little pumping I was doing with my arms and shoulders.

I watched Lee McCormack’s pumping flat ground video again and took these screenshots to make myself more aware of both problems:

He’s really crouched low. And his arms and shoulders are pumping like pistons.  So I practiced for about an hour today and then captured this 45-second video:

As you can see, I’m still not low enough in the attack position.  And I’m just starting to get the timing right on the arm/shoulder pumping motion.  I was doing it right in the first 10 seconds but then kind of lost it after that.  But overall, the difference I felt was huge. There’s no going back. My brain/body memory has it registered. I’m confident that I’ll be able to do the intermediate pump track at Eagan someday soon. And I’m eager to see what happens when I try to apply it in some corners/berms on the trail on my 29’er hardtail.