I was on my way back from taking photos of the sand on the paved path south of the Bloomington Ferry Bridge trailhead yesterday (that’s another story) when I met Ron Hagen and his dog Sadie on the pedestrian bridge. 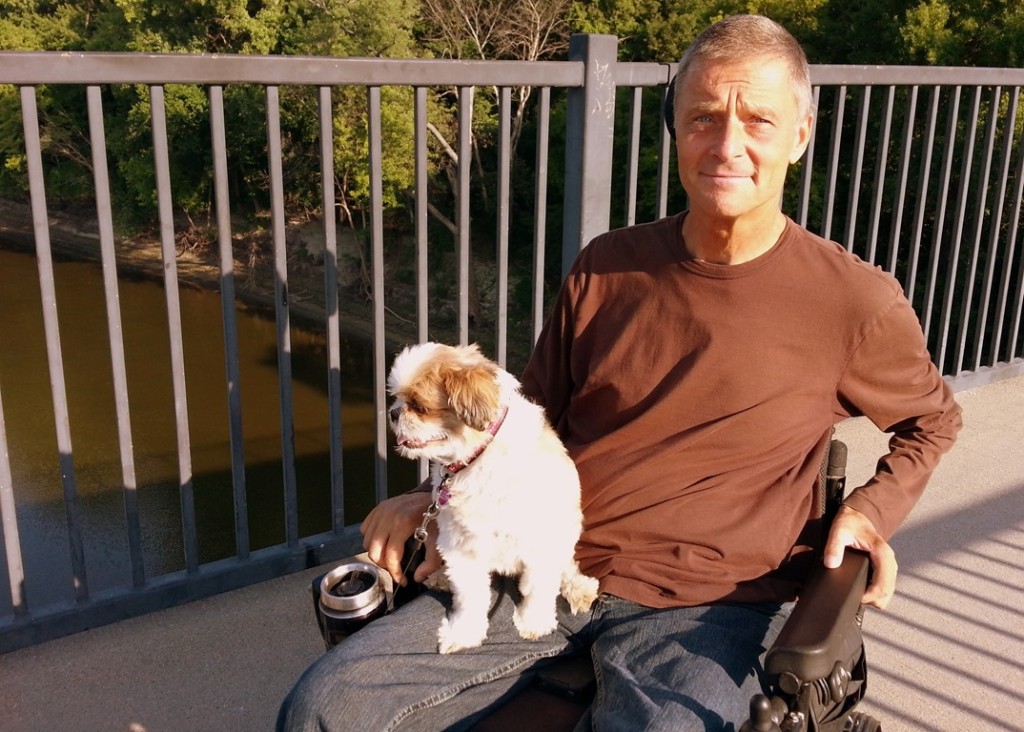 Ron has lived right at the top of the hill on Auto Club Rd since the early 90s and has been in a wheelchair a long time (farm accident).

I told him that one of the arguments by the proponents of a paved trail through a metro-area wildlife refuge is that it would be a tremendous benefit for handicapped people in wheelchairs.

He scoffed at this, based on his belief that the river and the unstable ground underneath a paved trail would quickly destroy it.

He’s a regular user of paved trails and sidewalks with his electric wheelchair and said he’ll make plenty use of the new Hyland Multi-Modal Trail Project recently approved by the Bloomington City Council since the connecting trail will go right by his house.

He gave me his email address (we’ve since connected) and is willing to show up at any public meetings.

He also said that his two neighbors who own land all the down the bluff to the river have refused to sell the land in the past and are adamant about not selling in the future.