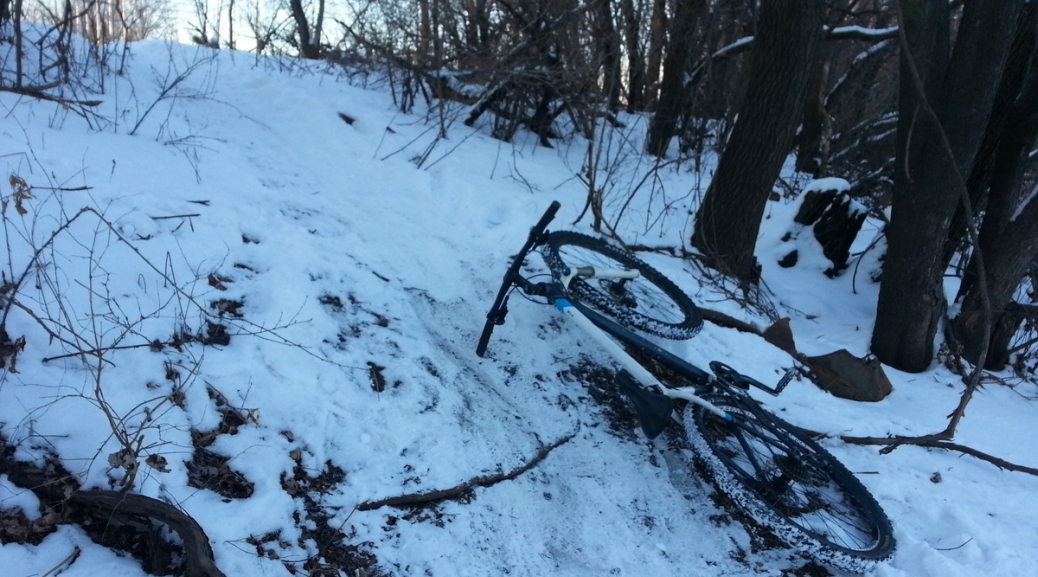 Snow riding today is all that’s left of the version of the chaotic two-wheel drifting we regularly did before trail stewards were abundant. Fortunately, some time riding the white-capped seas will benefit you in ways that only the traction-less trail can. A dirty little secret about this enlightened age of trail stewardship is that we lose out on opportunities to improve our handling skills. Riding in the rain gave us wet roots, some slick mud, climbs turned impossible, and every corner becomes a battle for traction. All from adding a little lubrication to the equation.

It’s particularly impressive that in the two photos accompanying the article, neither one is a fat bike. I’ve got nothing against fatties (I want one!) but it helps to convey that in many (most?) winter climates, a normal mountain bike does just fine in the snow, especially now in the era of ‪#‎ridegroomed‬ (see the new website GroomedSingletrack.com by the peeps at 45NRTH).

END_OF_DOCUMENT_TOKEN_TO_BE_REPLACED

I went riding on frozen crusty snow piles up with fellow Northfielders Ryan Hutchinson, John Ebling, and Stew Moyer today at the Northfield High School parking lot today.  It was more fun than I expected and definitely better than sitting around the house whining about the cold spring.

END_OF_DOCUMENT_TOKEN_TO_BE_REPLACED 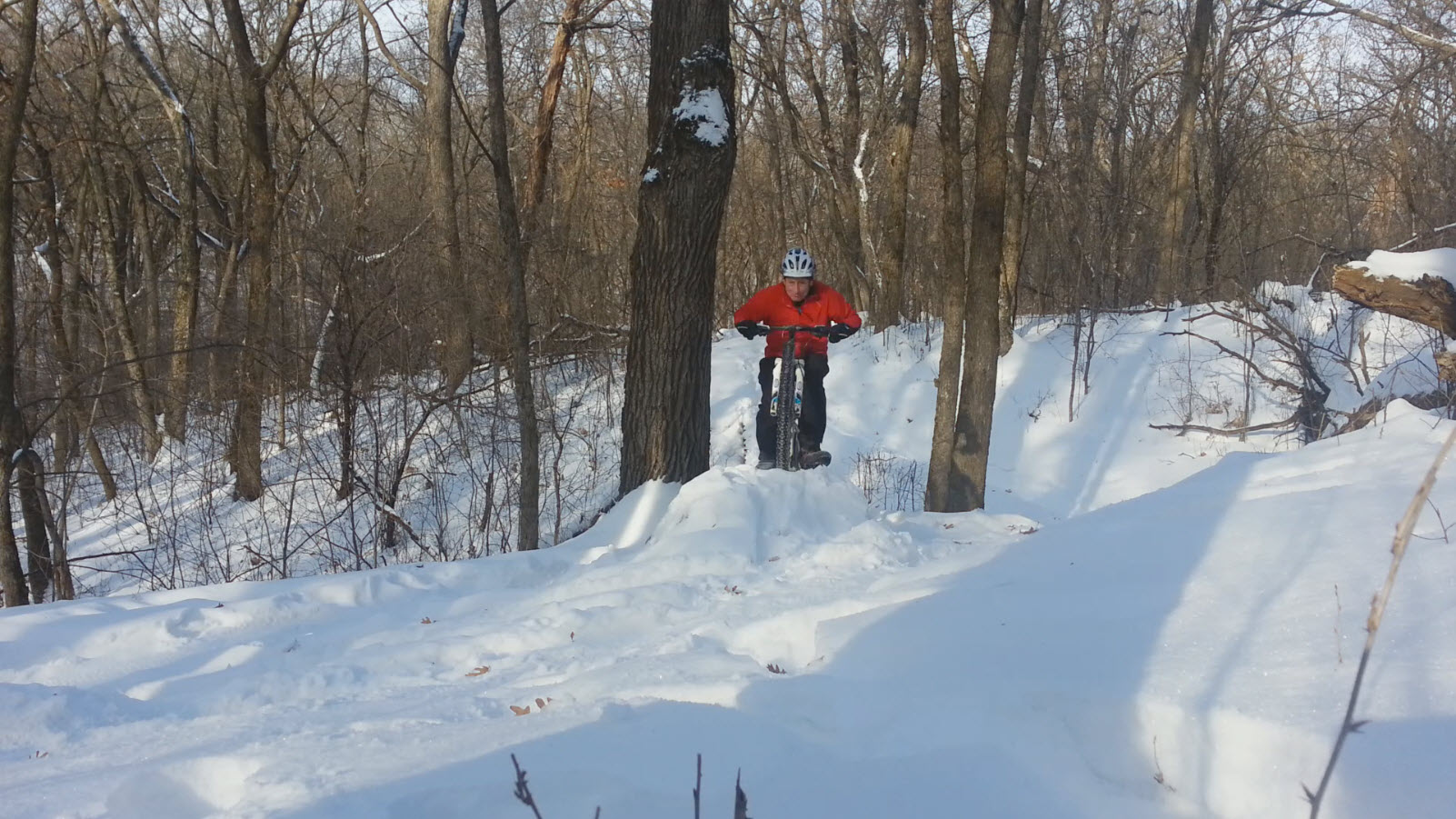 Many of the mountain bike trails in the Twin Cities area have harder B-lines (alternative routes through a section of a trail) that are fun to attempt in winter when they’re covered with snow.

I rode many of them at Lebanon Hills a couple of weeks ago and captured on video my rides on three of them: a wide and flat skinny in the X loop (success), the big bridge rock in the XX loop (success after 3 tries), and the rounded skinny in the intermediate out loop (all fails).

What have I learned in my winter rides so far this year? Fresh snow can be surprisingly grippy, even on rocks, as I blogged two years ago. Snow on wood is nearly always super slippery. My front suspension starts to gets sluggish at about 10 degrees F and is completely stiff at -10 F. The day I took this video it was about + 10 F and that’s what made the difference in my being able to get over the bridge rock this time, unlike back on Dec. 18 when it was -5 F. When I manual, I use my front suspension to aid with front wheel lift.

As for the repeat fails at the intermediate out loop log: an ice-covered log skinny is tough. 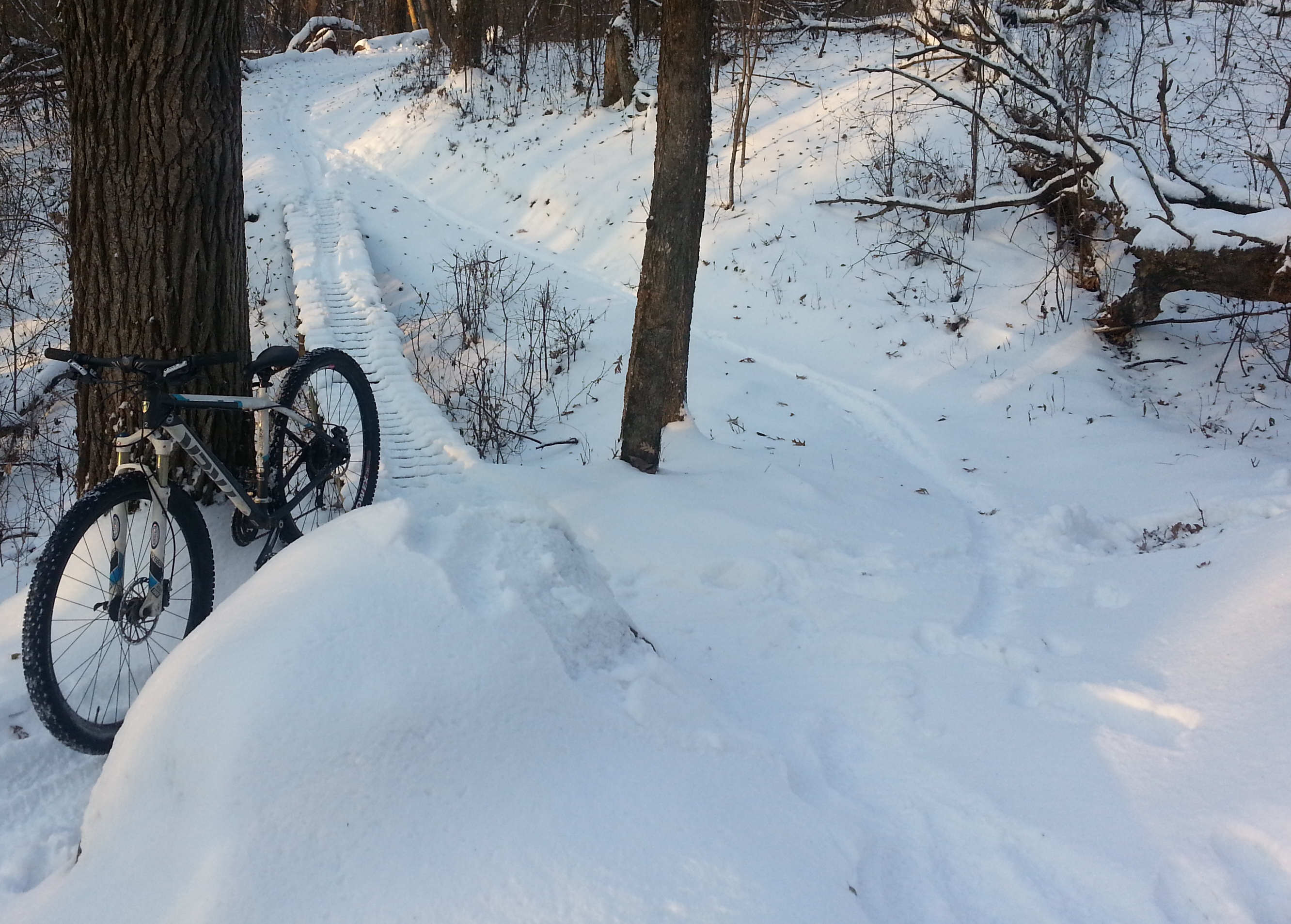 I last blogged about my experience of riding my skinny-tired 29’er in the snow back in late February of 2012. It was a very poor winter for snow lovers here in southern Minnesota and that day at Murphy-Hanrehan was one of the only times I got to ride my bike on snowy area singletrack trails. 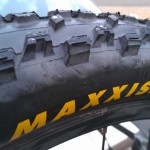 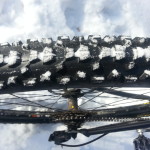 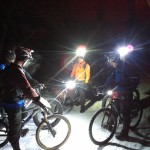 Last winter was much snowier and once I purchased a set of Maxxis Ardent 2.4″ knobby tires, I got out a several times at Leb, mostly at night.

END_OF_DOCUMENT_TOKEN_TO_BE_REPLACED

Details: 3RPD opened Murphy today. Get out and enjoy it, our winter riding days are numbered!

With little snow here in the Northfield area, I was skeptical of the ‘fat tires needed’ rating but once I got on the trail early Saturday morning, it made sense. There was more fresh snow than I expected, especially on the north-facing areas. I lowered my tire pressure (tubeless) to 10 PSI but I still had to walk my 29er on a few of the uphill segments (left photo above).

The 3-4 fat bikes that had been through sometime on Friday laid down a nicely packed path (right photo above) but staying on it was challenging, like riding a skinny log or plank the entire time.   After a couple of miles, I figured out that the more I focused on A) leaning, not steering the bike and B) focusing my eyes way further ahead than normal, the easier it was. I’m used to doing that in technical areas or when going fast around downhill turns but it hadn’t occurred to me to do it on the more leisurely areas. Duh.

I had a little trouble predicting traction on the obstacles.

I assumed that snow-on-wood would be slippery but I had no trouble riding up the stepped bridge (left photo above). I know, riding the bridge up is riding the wrong way/against traffic but with no leaves on the trees, it’s easy to see if anyone’s coming.

On the rocks (center photo), going down was no problem but up? Not. After several attempts at the lower section, I picked the bike up and placed it halfway up the rocks. Zeeeeeero traction.

There was great traction both directions on the larger sloped rock (right photo). I was even able to do a downhill turn on the fresh snow (see my tire tracks). Very puzzling.

I’ve yet to attempt riding the entire length of the long, curving, and high skinny at Murphy. Now that I’ve got flats with Impact 5.10‘s, I’m confident in my ability to do it but I’d rather not do it alone, just in case of a get-off that doesn’t end well. Smart or lack of cojones, you decide.

I rode the first third but took the out on the snow-covered dirt mound (left photo).  When I got to the end, I noticed that one of the fatty bike riders had ridden the entire thing (right photo).  No mean feat, considering that much of the skinny was icy.