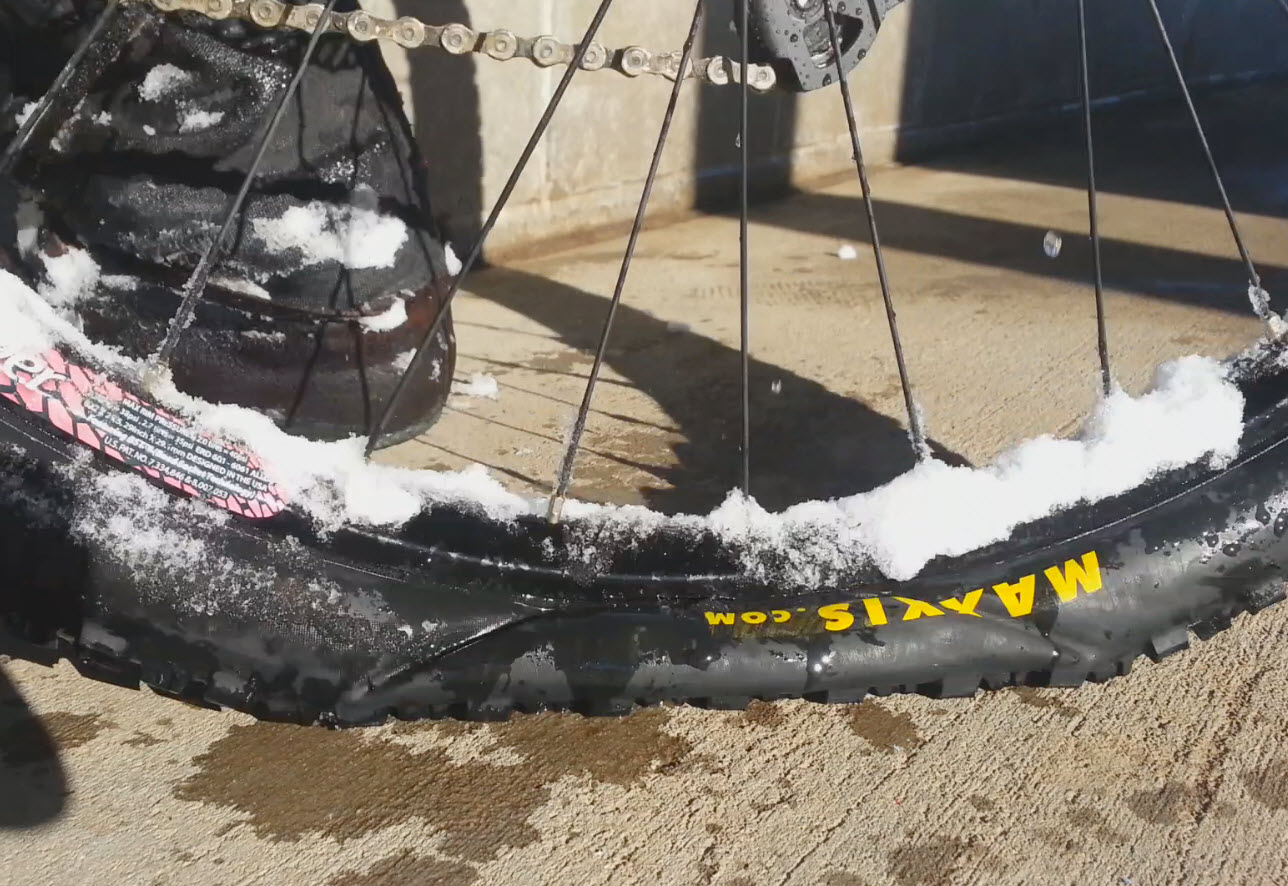 I rode Leb a couple weeks ago on my 29’er hardtail. I had about 15 PSI in my skinny Maxxis Ardent 2.4″ tires, with rear tubeless. I’m 150 pounds. Since the intermediate loop was packed pretty well and reasonably wide, I thought I’d be fine. NOT.

If I didn’t stay in the hard center, the softer edges of the packed area would often derail me. I kept thinking “lean the bike more” and “keep your eyes ahead.” I tried standing up more, then sitting down more. Nothing worked. I then ran into Bob Shepherd and a small gang on fatties and told them my tale of woe. Bob and another guy squeezed my tires and said they were way too hard, and in a way that left no doubt of their convictions. I wasn’t as sure but I promptly began letting out air and as Bob got ready to depart, he asked me if I had a pump in case I let out too much. I did.

The difference was shocking. I can’t remember when I had so much fun outdoors on a winter’s night under a full moon. (Well, there was that one time early my marriage when…) When I got back to my car, I checked my tire pressure with a floor pump and it barely registered. I had to give each tire 3-4 pumps to get it to 10.

In retrospect, my mental block was that if I was straying offline and sinking in the snow, it had to be due to either A) poor technique; or B) not enough fatties had packed the trail wide enough. Duh.

On Saturday morning, I rode Leb again. Comments the night before on the MORC forum were inconclusive on whether Friday’s warm temps were problematic but that with overnight temps predicted to be in the 20s, a morning ride would be fine. I arrived around 9:30 and it was 25 F. 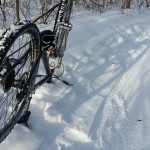 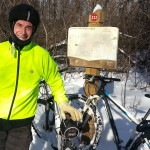 The intermediate trail was soft and I was struggling a bit after about a mile so I stopped to let more air out of my already low tires. I was soon joined by another skinny-tired rider, David Bergstrom from St. Paul, out on his first-ever winter ride on a MTB trail.  He was struggling, too, and let a bunch of air out of his tires.  We both noticed an immediate improvement and stopped twice more to let even more air out. 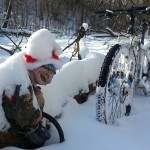 With soft snow and no sharp rocks to worry about, there was little danger of pinch flats.  And my rear tubeless was designed to handle low pressure so I was eager to push it to the limits. I stopped to celebrate with Leb’s gnome. 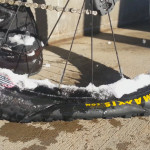 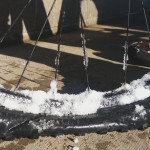 When I got back to the trailhead, I bounced hard on my bike on the cement to see just how much the tires were flexing.  Both front and rear tires were buckling but I wasn’t hitting the rim.

So I tackled a couple of obstacles in the skills park.  No, I couldn’t actually ride around non-stop in the deep snow as the video below makes it appear.  Close, though!