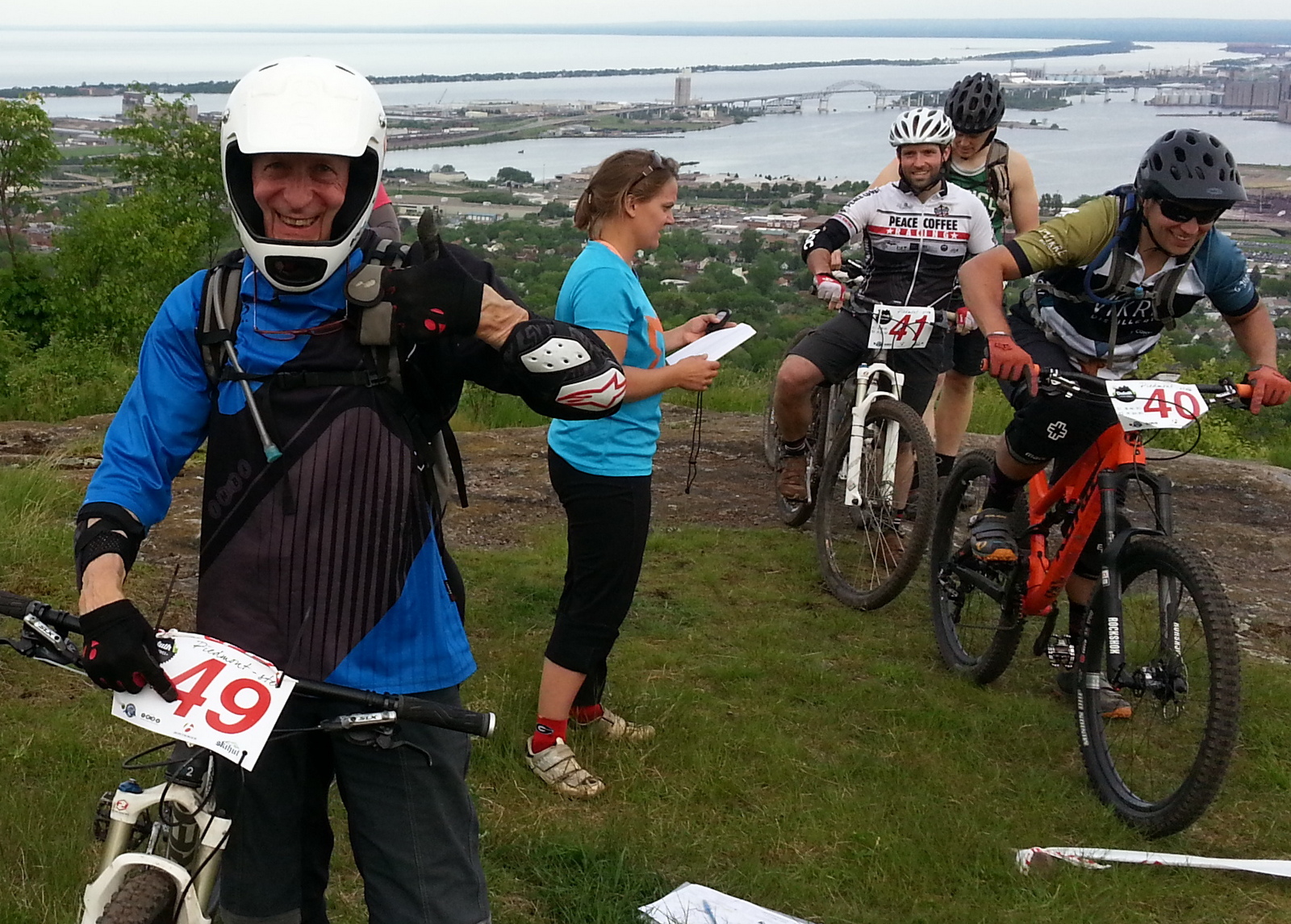 I’m on my way to Duluth this afternoon, hoping to avoid the monsoon rains that are heading for southern Minnesota and Wisconsin tomorrow. Hope to ride Brewer Park etc at around 6pm.

45 minutes later I got this reply from my COGGS buddy Rudy O’Brien:

You’re not gonna ride in the enduro?

I forgot about it! And now I’m not going to make it in time, I don’t think. Shit!

I did make it to the registration table at the Piedmont trail head on Hutchinson Rd with 3 minutes to spare. I promised Board member and Ride Coordinator Dave Cizmas that I would join COGGS the next day (membership required to participate), suited up and got to the Piedmont overlook for Stage 1 just in time: 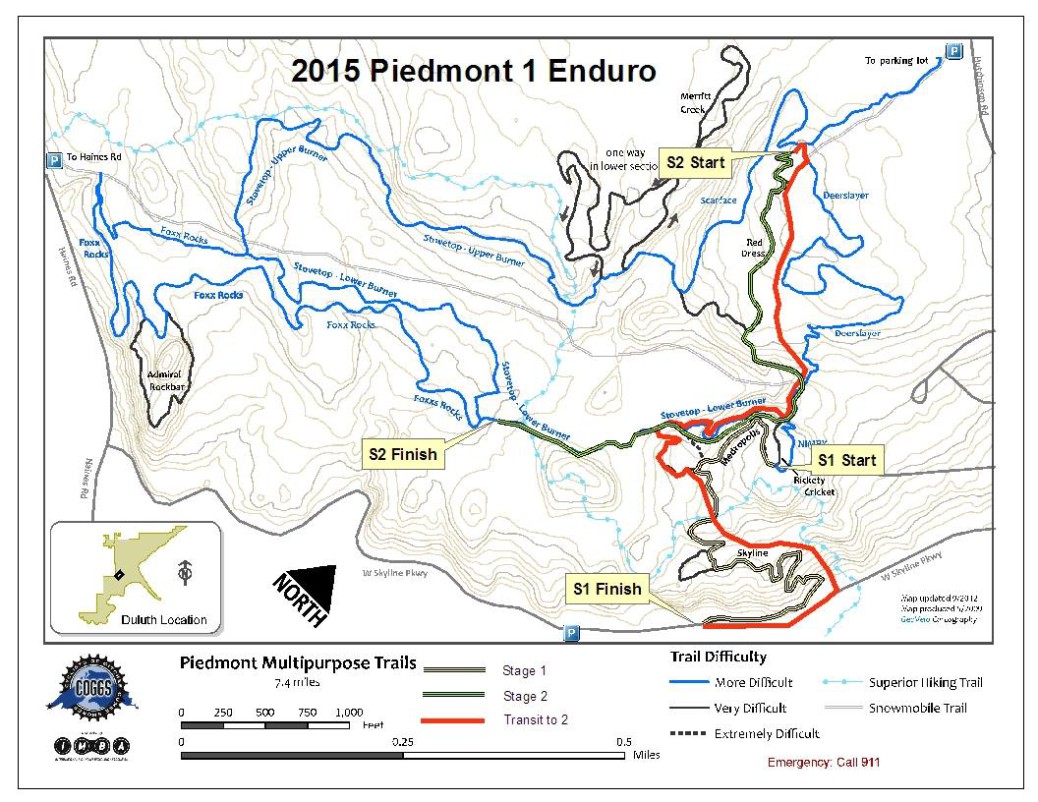 Stage 1 was just as I’d hoped: technical, mostly downhill, fun. I kept my seat post down the whole way.  It took me 4-5 minutes. Pete Stone’s photo of me descending one of the many rock drops on Medropolis: 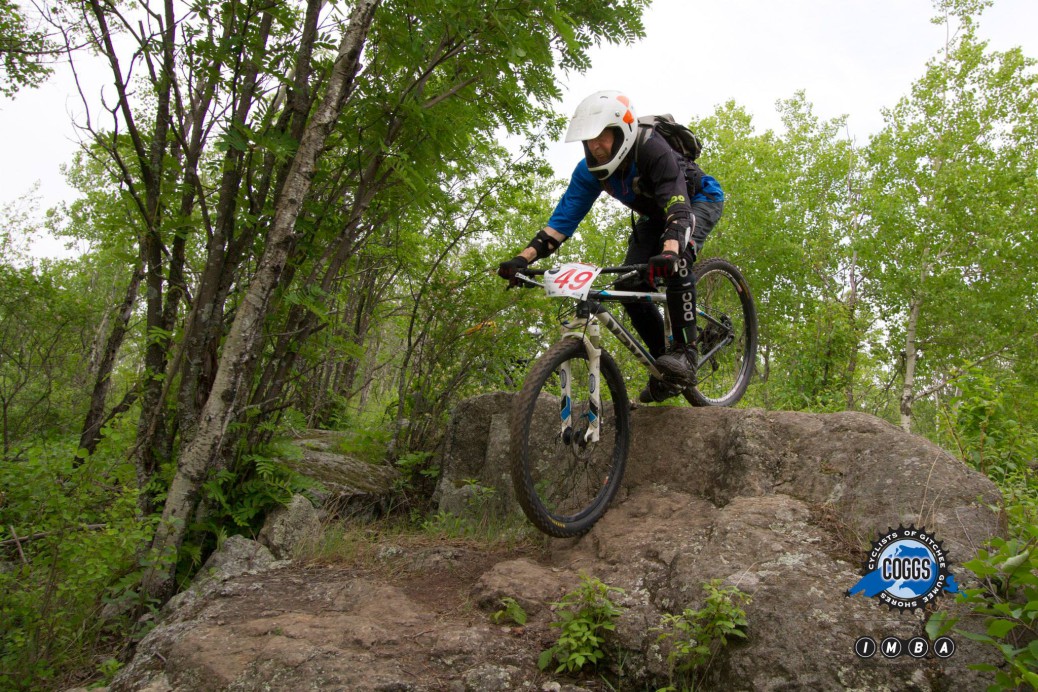 After Stage 1, I was relieved that there was no big rush to ‘transit’ back to the top for Stage 2. I forced myself to socialize with these fellow competitors: 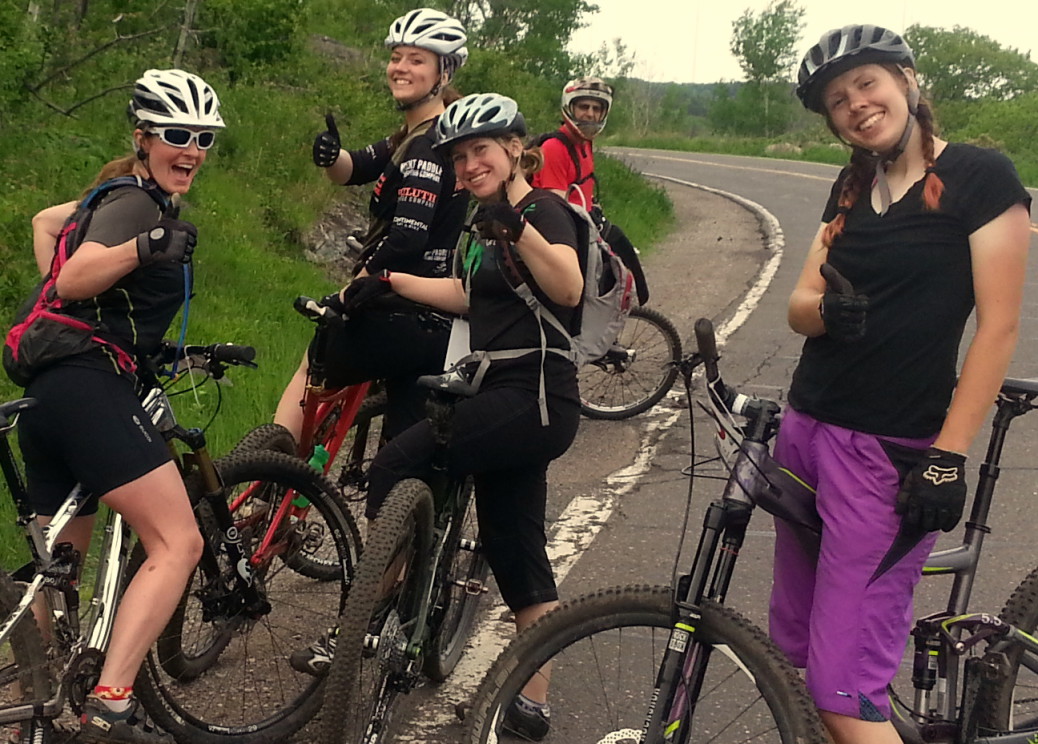 The scene at the start of Stage 2: 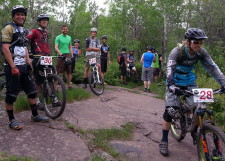 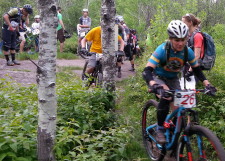 Back in April when I rode Piedmont’s NIMBY cluster, I made a few tentative runs down this section of Dr. Diablo with the wood drop closely followed by the rock jump: 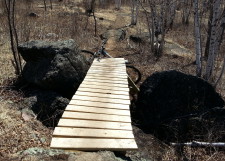 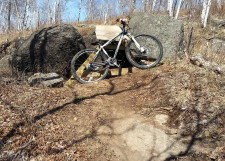 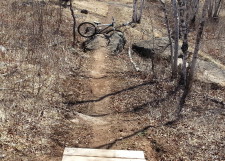 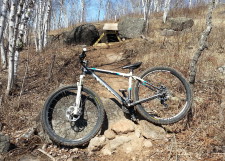 It was tricky because if I didn’t land the first drop perfectly in control, there was little time to set up for the rock jump. I never was able to get the hang of it.  So I gulped in the middle of Stage 2 when I saw that it was included. As you can see in Pete Stone’s photo of me coming off the rock, my eyes were bugging out: 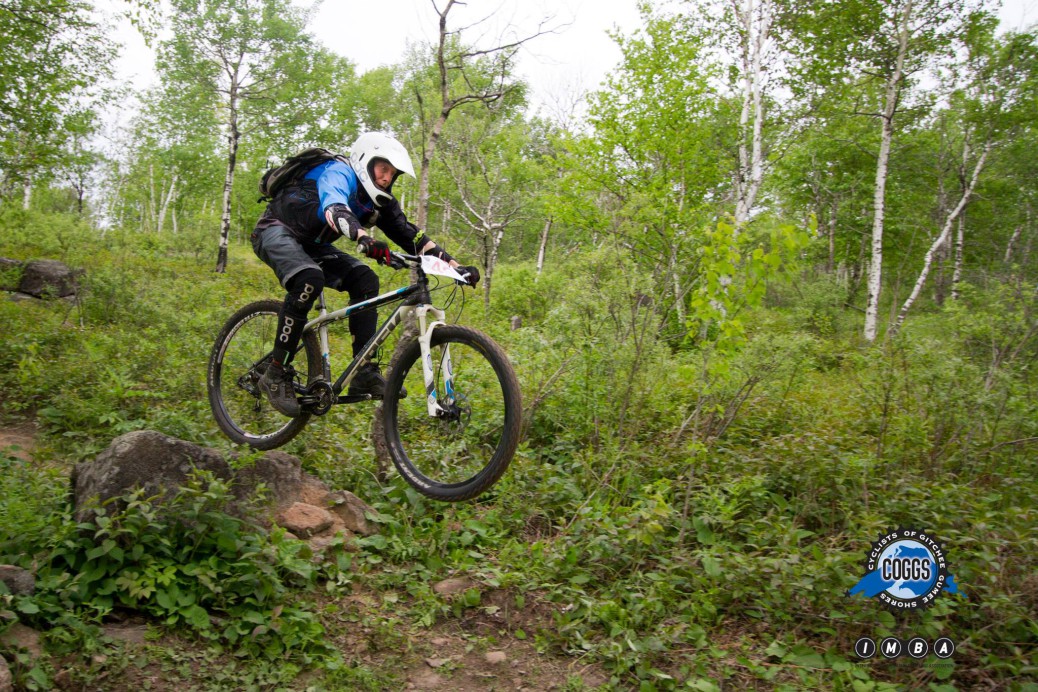 I actually came off the wood drop in good shape for the rock but my seat post was up. It came up and hit me in the nether regions and I almost lost it. Yeah, I know, I need a dropper post.

Stage 2 required more pedaling than Stage 1 which is why I had my seat post up, but it was just as technical and just as fun.  It took me 4-5 minutes. My combined time for the two stages: 10:55, good for 45th place (of 51 total – results below). So yeah, I sucked, but I’m glad I did it. With better preparation, some practice runs, and a full-suspension bike, I could see myself moving up a spot or two when I get a little older. 😉

I don’t know how many more of the 2015 series I can make but I’m glad I did it and I’m motivated to do more. I’d like to compete in the Lake Superior Gravity Series next year.

You might be wondering about the wisdom of traveling a couple hundred miles for 10 minutes of actual time riding. No worries. For this trip, I spent 8 hours riding the COGGS trails in Brewer Park and Mission Creek the day after the race. Ideally, I’d arrive a day ahead of time to pre-ride the course, then stay in Duluth for a few days afterwards to ride more COGGS trails and do some lift-access mountain biking at Spirit Mountain which I have yet to do (note that they now have a dedicated website for mountain biking, or shuttle-service mountain biking at Mont du Lac. 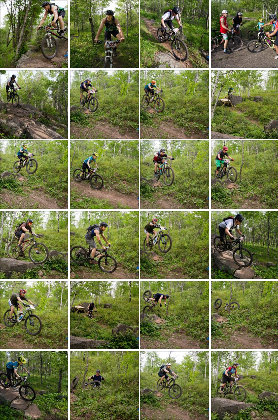