Skip to content
Home > Exercises > The exercises I do for mountain biking, Part I: Low back pain 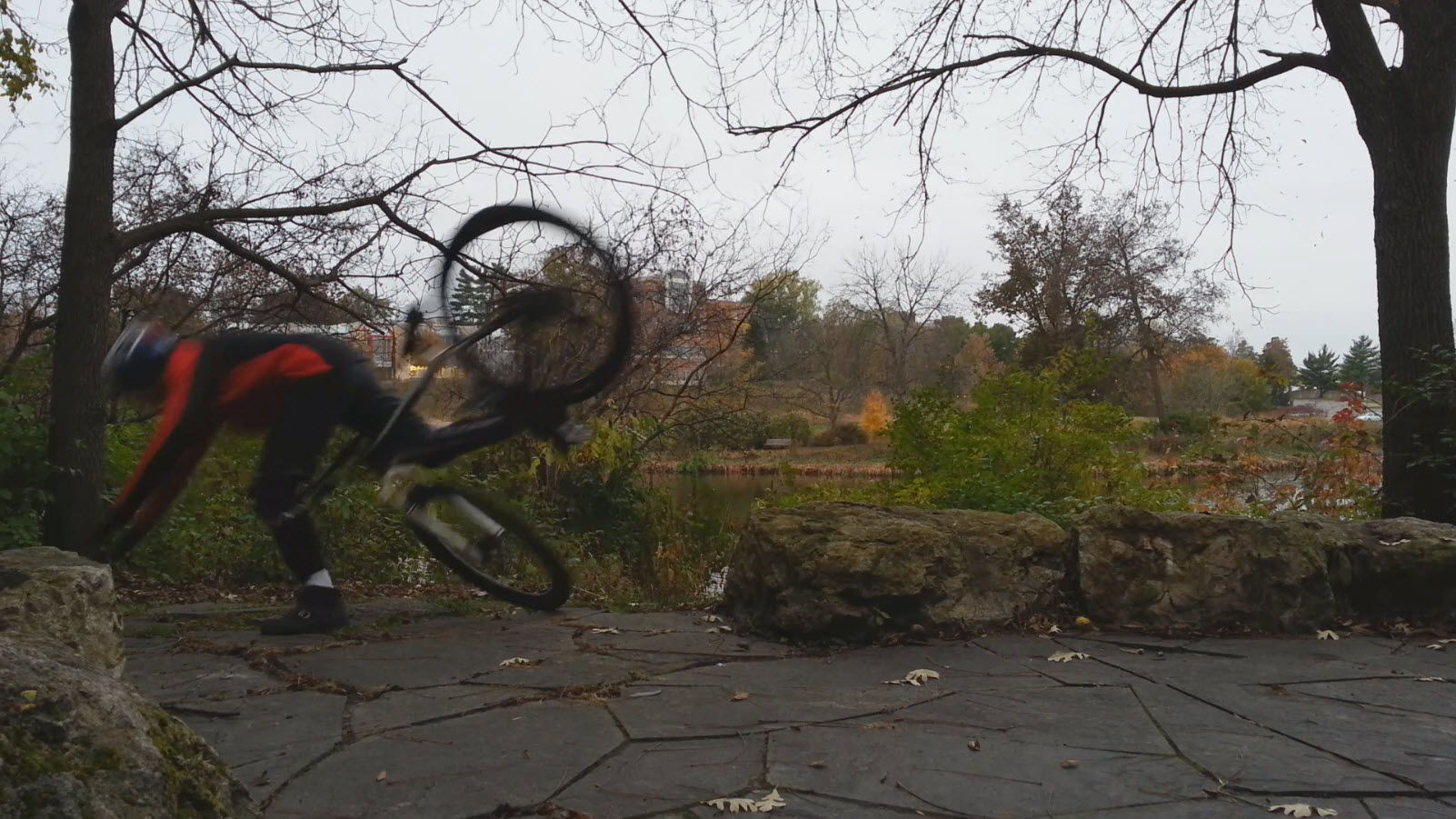 The exercises I do for mountain biking, Part I: Low back pain

I’m grateful to be able to ride a mountain bike aggressively at my geezerly age.  I’m lucky, but I’ve also learned a couple things that seem to  help.

First up: low back pain.

I had my first episode of low back pain in 1988 when I was 39 years old. I was working late at night at a computer-related job in Eden Prairie, MN when suddenly, I couldn’t stand up straight. I literally had to crawl to my car to drive home to Northfield.

I started standing at a desk after that, as I learned that sitting all day at a desk and in a car to and from work was hard on one’s back. But I’d still have episodes where I’d pinch a nerve in my low back (sometimes doing nothing strenuous, other times, doing stupid stuff) and then hobble around for a week or two. I would always get immediate relief from a variety of chiropractors, and then I’d try umpteen different back/stomach exercises to prevent it from happening again but nothing ever worked longer than 3 or 4 months.  But in 2007 after another pinched nerve episode, I found this book at the Northfield Public Library:

Also see this NY Times video: Strengthening the Core – The science of back pain and how to prevent it: Dr. Vijay Vad of the Hospital for Special Surgery in New York City explains.

Dr. Vad prescribes a combination of muscle strengthening, stretching, and endurance with one main difference that I’d not heard of ever before—an emphasis on the hips:

… The other was to conduct a research study into why low back pain is so prevalent among professional tennis players. The study I conducted found that the players most susceptible to low back pain had the least range of motion in the hips. In 2001 the PGA asked me to do a parallel study of professional golfers. This study produced the same results, showing a significant link between a restricted range of motion in the hips and the incidence of low back pain.

This finding is important for the rest of us, whether we are fitter than average or committed couch potatoes, because of the sedentary nature of modern life and work. Sitting in chairs, which most of us do for long hours every day at work, school, and home, leads inexorably to a restricted range of motion in the hips. The Back Rx program accordingly features exercises specifically designed to counteract this tendency and increase the range of motion in the hips.

I started with his set of Series A exercises in Feb. 2007, 20 minutes, every other day. It took me 2 months to do those completely pain free. I was feeling so much better that I went back to both racquetball and motorcycle trials competition that summer. No problemo.

By fall, I was pain-free doing his set of Series B exercises so I started with the most difficult set of Series C exercises. I was pain-free doing those by December and was feeling so cocky that I decided to return to snowboarding after a 5-year layoff. Yeehaw! I wiped out dozens of times every time I went with no problems. (I tore my rotator cuff but that’s another story.) I’m probably going to have keep doing Series C exercises for the next 50-60 years so I can still keep doing the sports I love.

But since I started mountain biking in 2011, I’ve begun another exercise routine specific to the sport of mountain biking: kettlebells! See the Top 3 Kettlebell Exercises for Mountain Biking by James Wilson.

back pain Back RX Vijay Vad